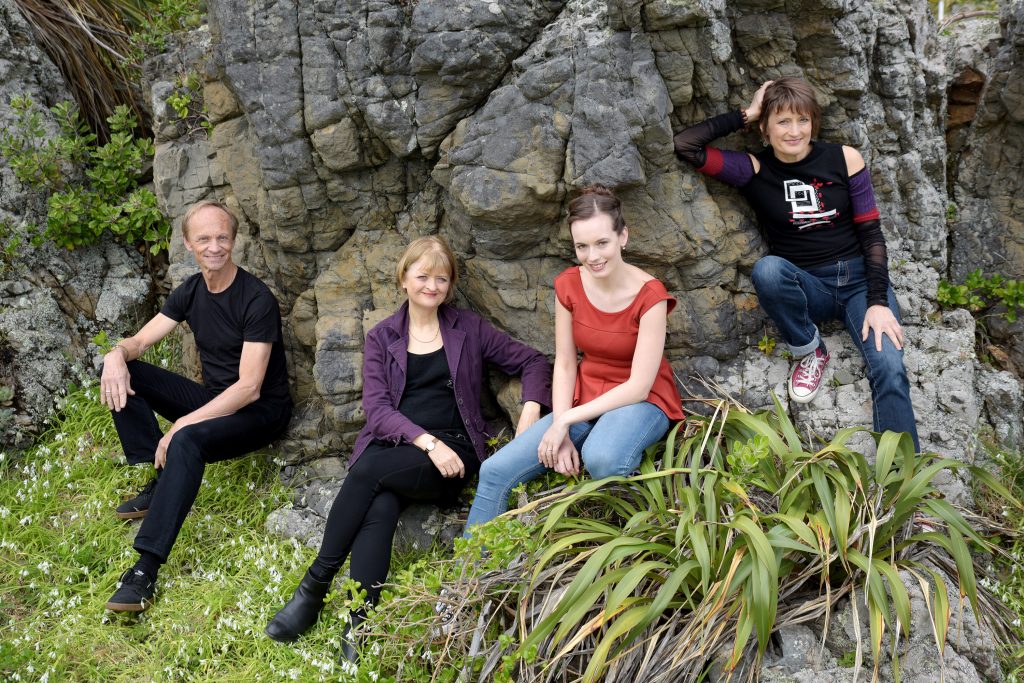 Raven and the First Men is performed with a stunning new film by David N. Dorrington. The work was written by composer Timothy Corlis, and is scheduled for tour by the New Zealand Quartet with clarinetist Igor Begelman during the 2014-2015 season. The exquisite film honors sculptor Bill Reid’s extraordinary work of the same name and the beautiful piece of music has been hailed as “very fine work – warm and accessible, variously textured in keening, quivering, squalling, droney sonics puncutated by pizzicatos and wonderful glissandos that surge in wave after wave of music to an exciting climax. Standing ovation for this work commissioned by the WMCT.”  Showtime Magazine, Toronto

Sample on vimeo…  Raven’s Flight – 3 min, 12 sec
The music for Raven and the First Men responds to Bill Reid’s monumental sculpture of the same title shown on the back of the (old) Canadian $20 bill (bottom left corner). Reid’s remarkable work of art is currently housed at Vancouver’s Museum of Anthropology where composer Timothy Corlis spent many hours contemplating its message, a story that takes us back to the very first moment in history, a moment when an enormous raven opened up a clamshell and found little men hiding inside. These, according to the ancient Haida legend, were the first human beings.

In our modern artistic landscape, Bill Reid has become a cultural icon. His works draw on the rich tradition of Northwest Coast First Nations carving and because of this, they offer a unique window into Bill’s lifelong quest to build a bridge between traditional Native artistry and modern Western culture. While his career was controversial, he remained a spokesperson for openness to deep forms of communication across boundaries of culture, place, and time. [information courtesy of the composer]

About Raven and the First Men sculpture

More photos of the sculpture

The sculpture was created from a four-and-a half ton cube of 106 laminated beams of yellow cedar. It took several years to complete and was finished in 1980.

“There was no need to seek detailed connections between music and legend for the music stood on its own firm and adroit feet, employing the clarinet against pizzicato strings with great rhythmic interest, later an agitated section with tremolo strings; sun-lit, lyrical, human; and then an engaging accumulation of sounds over in John Adams-like ostinati.”
Middle C Classical Music Reviews, Wellington, New Zealand

” …the Kiwis rivaled the excellence of leading international string quartets…they let the lyrical music ebb and flow with warm tone and beautiful balance. The ensemble was cohesive, the energy positive.”
Cleveland Plain Dealer

“a performance both stern and exhilarating, with clearly delineated contrapuntal lines.”
The Strad

“the New Zealanders’ confidence as ensemble players permits a flexible approach; the rhythmic momentum is never destroyed, but bends a little so that the characters of the different motifs can be enhanced.”
Gramophone Magazine

“The absolutely perfect ensemble, the outstanding technical skills and the passionate playing … made the concert an extraordinary experience.”
Rheinische Post, Germany

MusicWeb International “nothing less than idiomatic and superb”

The Strad  “terrific verve and precision”

Showtime with clarinetist James Campbell “beautifully synched to a film”

Classics Today [CD review] “may be the best on disc”