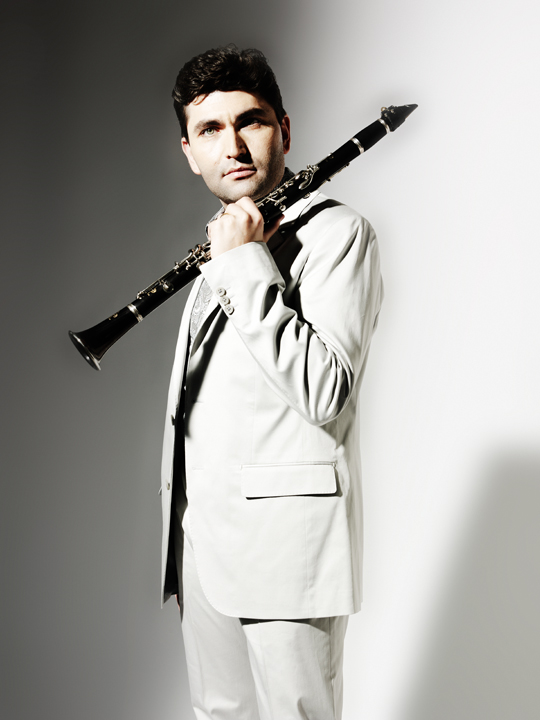 Exhilarating virtuosity and imagination that compliment his gracious sense of style and excellent musical personality* have become a trademark for the recent Winner of Avery Fisher Career Grant young clarinetist Igor Begelman. He has performed recitals in the United States, Europe, Japan, Israel and as a soloist with such orchestras as the Houston, Savannah and New Haven Symphonies as well as the Odense Simfoniker and L’Orchestre de la Suisse Romande. Equally accomplished as a soloist and chamber musician, Mr. Begelman has performed with the Chamber Music Society of Lincoln Center and at festivals throughout the world including Marlboro, Caramoor, Tanglewood and Schleswig-Holstein. An avid proponent of new music, Mr. Begelman has also premiered compositions by Anton Kuerti, Alex Krasotov, Meyer Kupferman, Elliot Schwartz, Roland Tec and recently a new concerto of Ralph Shapey. His association with the Piatigorsky Foundation allows him to perform classical music in less traditional settings.

An active educator, Mr. Begelman teaches at Brooklyn and Swarthmore Colleges and has taught on various occasions at Yale, at Juilliard, and at the Manhattan School of Music. Additionally, he has taught master classes at such festivals as Caramoor and Bowdoin, and throughout the US.

Igor Begelman is affiliated with Astral Artistic Services’ a Philadelphia nonprofit organization dedicated to guiding the careers of America’s most exceptional musicians. He currently resides in New York.

“The young Russian-born clarinetist,… has reached a level of security in which the clarinet is his voice. Listeners were not aware of fingers, keys, reeds or breathing as he effortlessly searched the limits of the instrument’s capacities. Its limit was only that of Begelman’s imagination, and there was no sign of any boundaries in this program.”
The Inquirer, Philadelphia

“Begelman captivated the audience, using a wide range of colors and textures to illustrate Mozart’s Clarinet Concerto in A major, K. 622. He eased with seamless elegance and agility through the faster movements and allowed listeners to linger in the magnificently pure atmosphere created in the delicate Adagio.”
New Haven Register

“Igor Begelman made musical magic,…and enchanted the audience at the Parnassos with his displays of virtuosity.”
Diario de Monterrey, Mexico

“A musician from head to toe, Igor Begelman brings to his audience amazing powers of communication, a pleasant stage manner and artistic charisma.”
El Norte, Mexico

“In his playing everything is in the right place – great musicianship, beautiful sound, excellent technique…”
Tribune de Geneve, Switzerland

“The young Russian born clarinetist Igor Begelman has reached a level of security in which clarinet is his voice.  Listeners were not aware of fingers, keys, reeds or breathing as he effortlessly searched the limits of his instrument’s capacities. Its limit was that of Begelman’s imagination and there was no sign of any boundaries in this program.” Philadelphia Inquirer, PA

“Clarinetist Igor Begelman proved as masterful as well at tone and sonic hue as he was surefooted in the most demanding passages. He made Carl Maria von Weber’s intricate, virtuosic scampering in the Clarinet Quintet sound as effortless and clean as sticking baseball cards in the spokes of a bike, then pedaling away at a brisk clip.”
Tucson Citizen, AZ

“In verbally introducing Sarasate’s Zigeunerweisen to the audience, the affable Begelman offered that his goal was to sound “as close to the violin as possible-especially that of the violin of Jascha Heifetz”. In a remarkable display of pyrotechnics, he did just that, with incredibly fast tonguing and finger work.” New York Concert Review, NY

“The pleasant, unaffected artist enchanted the enthusiastic public in the sold-out Kongresshaus Saal with his masterly breathing and technique, irresistible refinement and nuances, a heart-refreshing natural clarity and beguiling “pianos”. He also elevated the Adagio to a soulful, almost visionary song of long-lasting effect.”
Der Bund, Zurich, Switzerland

“Begelman, bending backwards and sideways to do it, gave the cadenza a treatment it can rarely have been blessed with ever before. What audiences witnessed was promise and achievement rolled into one extended, amazing moment.” Daily Citizen, Key West, FL

“He played with a gracious sense of style and an excellent sense of musical personality.” Houston Chronicle, TX

“Begelman captivated the audience using a wide range of colors and textures to illustrate Mozart’s Clarinet Concerto K 622. He eased with seamless elegance and agility through the faster movements and allowed listeners to linger in the magnificently pure atmosphere he created in the delicate Adagio.” New Haven Register, CT

“Begelman’s virtuosity expresses itself through eloquence more than showiness, for eloquence incorporates shaded sound through a wide range, precise intonation, etched technical passages, and an instinct for the witty turn of phrase.” Philadelphia Inquirer, PA

“A large factor must have been the performance of the soloist, Igor Begelman, who from the first note held the audience spellbound. He filled all three movements with flawless virtuosity. His intonation was impeccable, his technique wonderful to hear. Balancing the liquid cascades of rapid arpeggios and soaring melodies was a distinctive voice, perhaps the spirit of the music or of the musician, which could actually be heard.” Bangor Daily News, ME

“In his playing everything is in the right place-great musicianship, beautiful sound, excellent technique.”
Tribune de Geneve, Switzerland

“Mozart loved the clarinet, and both Mr. Begelman’s sensitive understanding of Mozart’s wonderful score and his virtuosic artistry and control provided for the best possible illustration – from the gentle beauty of Mozart’s song-like themes (particularly in the lovely slow movement) to the frolicking solo fireworks in the playful and brilliant rondo finale. Mozart and Mr. Begelman made a good team.”
Ridgefield Press, CT

“Begelman has the gift of being natural, of making the listener believe that his instrument is an extension of himself. His sound is often so light it floats, and it does so in any register at any dynamic level.” Philadelphia Inquirer, PA

“Igor Begelman made musical magic and enchanted the audience at the Parnassus with his display of virtuosity.” Diario de Monterrey, Mexico

“Mr. Begelman proved himself as an exemplary musician with accomplished technique and a strong, beautiful sound, performing with great ease and delicacy and fully justifying his recent accolades.” Journal de Jura, Bienne, Switzerland

“Mr. Begelman combined the flashy aspects of his trade with virtually unerring musicality and grace achievable by only the finest musicians.” Springfield Union-News, MA

“Mr. Begelman is a virtuoso who has full command of his instrument and performs with a very rich, round and dark tone.”
Bieler Tagblatt, Biel, Switzerland 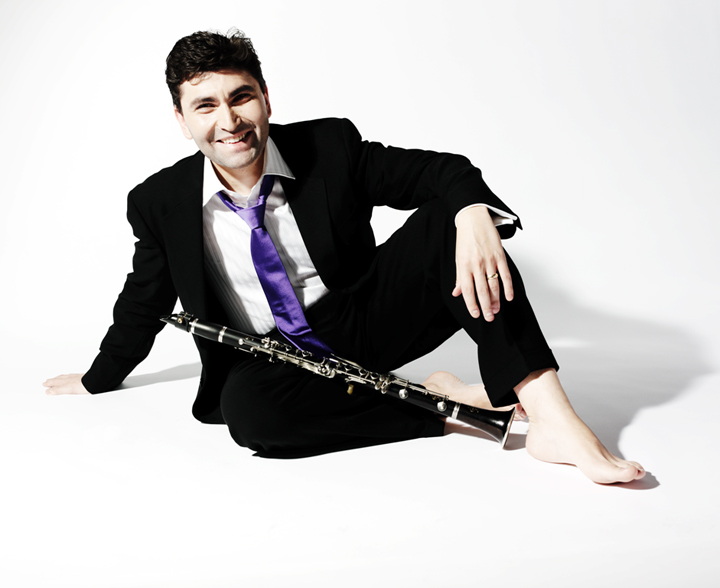