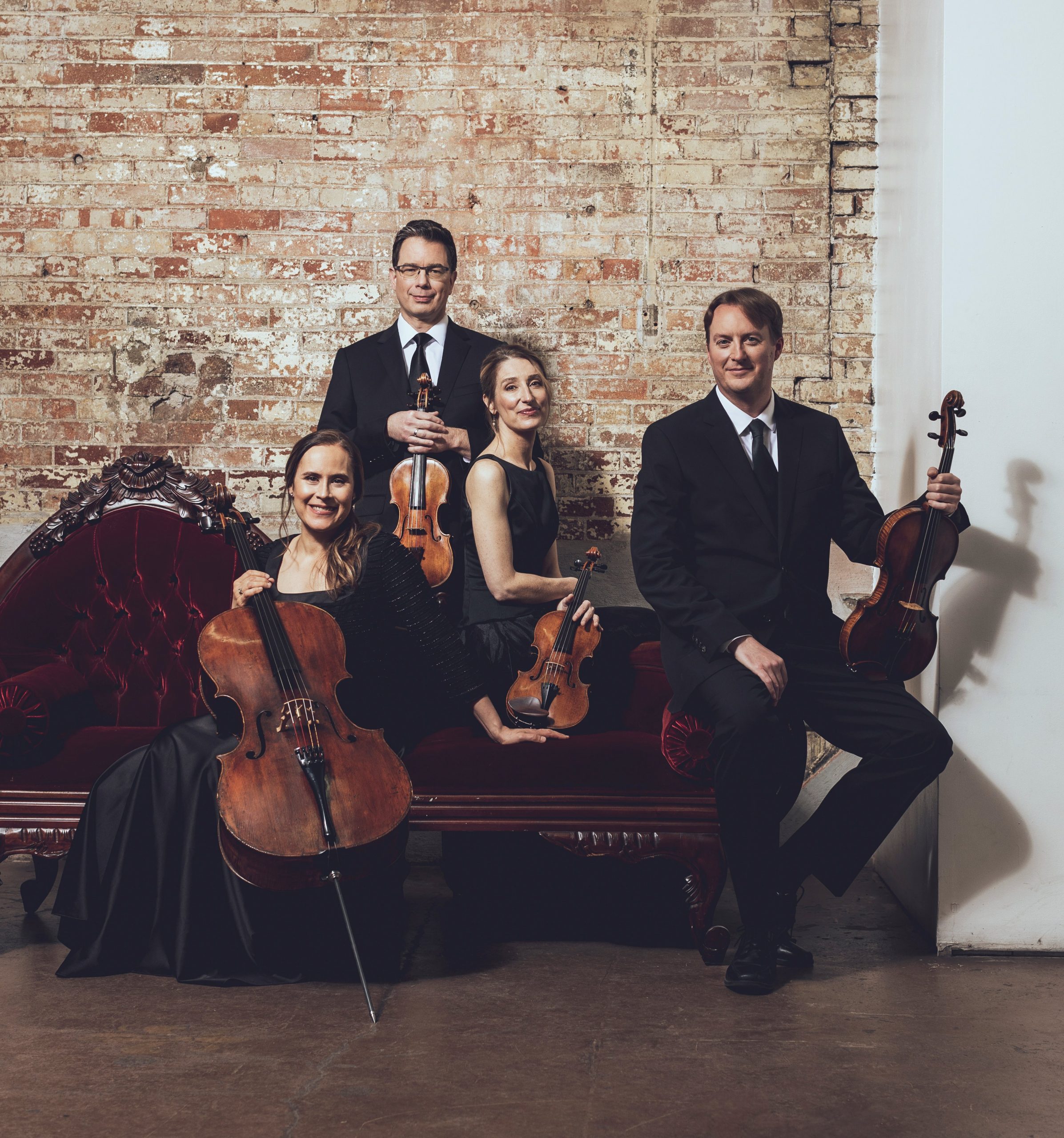 The Fry Street Quartet is a set of truly remarkable musicians that knows no boundaries. The quartet’s work integrates a global perspective into new projects while nurturing the classical pillars behind today’s repertoire. This award-winning ensemble (including the Fischoff Competition Grand Prize, one of the crown jewels in the chamber music pantheon) is now an established quartet at the highest artistic level.

LIVESTREAM TONIGHT: Join the quartet on January 24th for a livestream performance of works by Britten, Montgomery and Mozart: LINK HERE TO LIVESTREAM 7:30PM (MTN)

The quartet’s latest creation is also available online: The feature-length cinematic performance of Rising Tide: The Crossroads Project, fuses compelling science, evocative imagery, and powerful music in an exploration of nature, humanity, and the paths that lie before us.

This remarkable quartet – hailed as “a triumph of ensemble playing” (The New York Times) – is a multi-faceted ensemble taking chamber music in new directions. Touring music of the masters as well as exciting original works from visionary composers of our time, the Fry Street Quartet has perfected a “blend of technical precision and scorching spontaneity” (The Strad). Since securing the Grand Prize at the Fischoff National Chamber Music Competition, the quartet has reached audiences from Carnegie Hall to London, and Sarajevo to Jerusalem, exploring the medium of the string quartet and its life-affirming potential with “profound understanding…depth of expression, and stunning technical astuteness” (Deseret Morning News). Recent highlights include residencies in Berkeley and Chautauqua, a debut tour of China and the release of their recording of As One, the acclaimed chamber opera by Laura Kaminsky.

With a discography that includes a wide range of works from Haydn and Beethoven to Stravinsky, Janacek and Rorem, the quartet is known for being “equally at home in the classic repertoire of Mozart and Beethoven or contemporary music.” (Palm Beach Daily News) It’s latest CD, of Laura Kaminsky’s acclaimed opera AS ONE, debuted at #3 on the Billboard Classical Chart. Gramophone cites the “radiant performance” of all the artists, and the Fry Street Quartet’s “elegance and subtlety” while calling the CD “A remarkable achievement.” [CD link] The Navona label has released The Crossroads Project, which features a pair of new works by Kaminsky and Libby Larsen, both commissioned by the Fry Street Quartet. [CD link]

After dozens of performances in three different countries, Rising Tide: The Crossroads Project continues to resonate with audiences. [Video link] This fresh approach to communicating society’s sustainability challenges draws upon all the senses with a unique blend of science and art, and has been featured on NPR’s joe’s big idea (aired during All Things Considered), as well as in publications by Yale Climate Connections, Reuters, and the New York Times. Recent seasons have included the multiple performances of Laura Kaminsky’s new chamber opera, As One (premiered at the Brooklyn Academy of Music with soprano Sasha Cooke and baritone Kelly Markgraff), as well as the premiere of Emergence by Libby Larsen, which anchors the Crossroads Project’s second chapter, Crossroads: Emergence for string quartet, film, and actor.

The quartet’s significant touring history includes performances at major venues, festivals, and for distinguished series such as Carnegie Hall and the Schneider Series at the New School in New York, the Jewel Box series in Chicago, the Chautauqua Institution, Chamber Music Columbus, the Kravis Center in West Palm Beach, the DiBartolo Performing Arts Center at Notre Dame, the Theosophical Society in London, and the Mozart Gemeinde in Klagenfurt, Austria. The quartet also enjoys a continuing residency with the Salt Lake City-based NOVA series. Projects have included the Schoenberg Chamber Symphony under the direction of Utah Symphony Music Director Thierry Fischer, the Utah premieres of string quartets by Michael Ellison and Andrew Norman, and frequent collaborations with members of the Utah Symphony.

The Fry Street Quartet was founded in Chicago in 1997 under the mentorship of Marc Johnson, cellist of the Vermeer Quartet. (“Fry Street” was the location of the quartet’s first rehearsal space in the Chicago neighborhood once ruled by Al Capone.) Cultivating authentic and creative artistic voices alongside collaborative skills through chamber music is central to the quartet’s teaching.

The Fry Street Quartet is pleased to hold the Dan C. and Manon Caine Russell Endowed String Quartet Residency at the Caine College of the Arts at Utah State University.

The Fry Street Quartet premieres Canções da America by Clarice Assad, the prolific Grammy-nominated composer. The interest in this new commission was sparked when the FSQ first worked with Assad in 2013 on the San Jose Chamber Orchestra commission for string quartet and orchestra. “When we met, we all instantly felt a connection. We loved her energy and incredibly colorful and energetic compositional voice” says Anne Francis Bayless, cellist of the Fry Street Quartet. Read More

The Fry Street Quartet will perform the great Schubert two-cello quintet with acclaimed cellist Amit Peled during the 2020/21 season. Peled, cited by the American Record Guide as having “the flair of the young Rostropovich” will join the FSQ for selected dates in a program drawn from Vienna’s rich masterworks: Mozart’s delightful G Major quartet K. 387, followed by the haunting and passionate 3rd quartet of Alban Berg from 1910, straddling the end of romanticism and the beginning of the 20th century. The Cello Quintet in C was written in the last year of Schubert’s short life, and remains one of the most sublime works of art ever created.  Program Options

The Fry Street Quartet with physicist Robert Davies will bring Rising Tide: The Crossroads Project to the campus and community of Shepherd University in Shepherdstown, West Virginia. The performance on global sustainability and climate change issues is the first for Rising Tide in West Virginia and is followed by a performance at Longwood Gardens outside of Philadelphia.

The Fry Street Quartet made its Chautauqua debut in two August performances: Baritone Kelly Markgraff joined the FSQ in Barber’s Dover Beach, alongside Haydn Quartet Op.76 No.1 and Bartok Quartet #5. The quartet then shared the stage with Markgraff and mezzo soprano Sasha Cooke for Laura Kaminsky’s acclaimed chamber opera AS ONE. Opera America, the trade association for 150 professional opera companies, cites “As One” the most produced new opera in North America.
Read a recent review.
Read another review.

“The Fry Street Quartet…was the highlight of the evening.” MediaMikes.com [The Juliet Letters]

“[The quartet] inhabited the works, playing with a unified sense of articulation, blend and knowledge of the music’s dramatic keystones, nuanced subtleties and thrilling climaxes.” Salt Lake Tribune

“[a] recital that spoke of precision, preparation, excitement, profound heritage, and ultimate satisfaction. This exaltation of individually superb instrumentalists showed what riches are to be had through the conjunction of forces in unity.” New York Concert Review

“The Fry Street Quartet excels in exalting the cooperative dimensions at the center of the two quartets, not without internal conflicts but which ultimately transmit a refreshing optimism into an otherwise problematic future.” [CD Review] Kathodik.it

“Fry Street’s performance contained elegance and that wonderful chemistry that makes chamber music magical. They have a combination of musical maturity and charisma. The Fry Street Quartet has a capacity for both a lot of energy and also a lot of poetry.” South Bend Tribune

“The Fry Street’s performance was electric, holding the audience in rapt attention at every moment.the group filled the score with an understanding and emotion rarely seen in performers so young.” Yellow Springs News

“the FSQ captured the transcendent beauty of the music with its expressive and poetic reading. They brought spirituality to their interpretation and made it a profoundly moving and utterly spellbinding experience that left the audience enthralled by its eloquence.” Deseret News 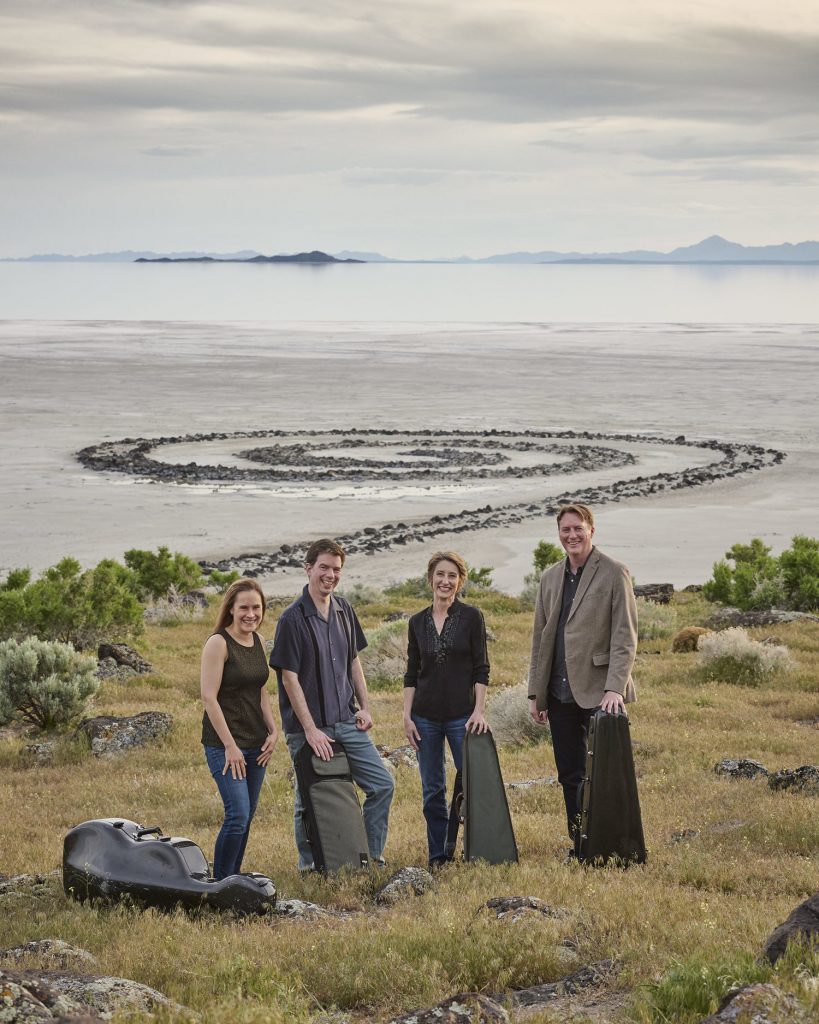 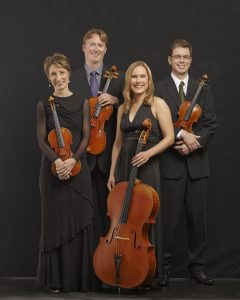 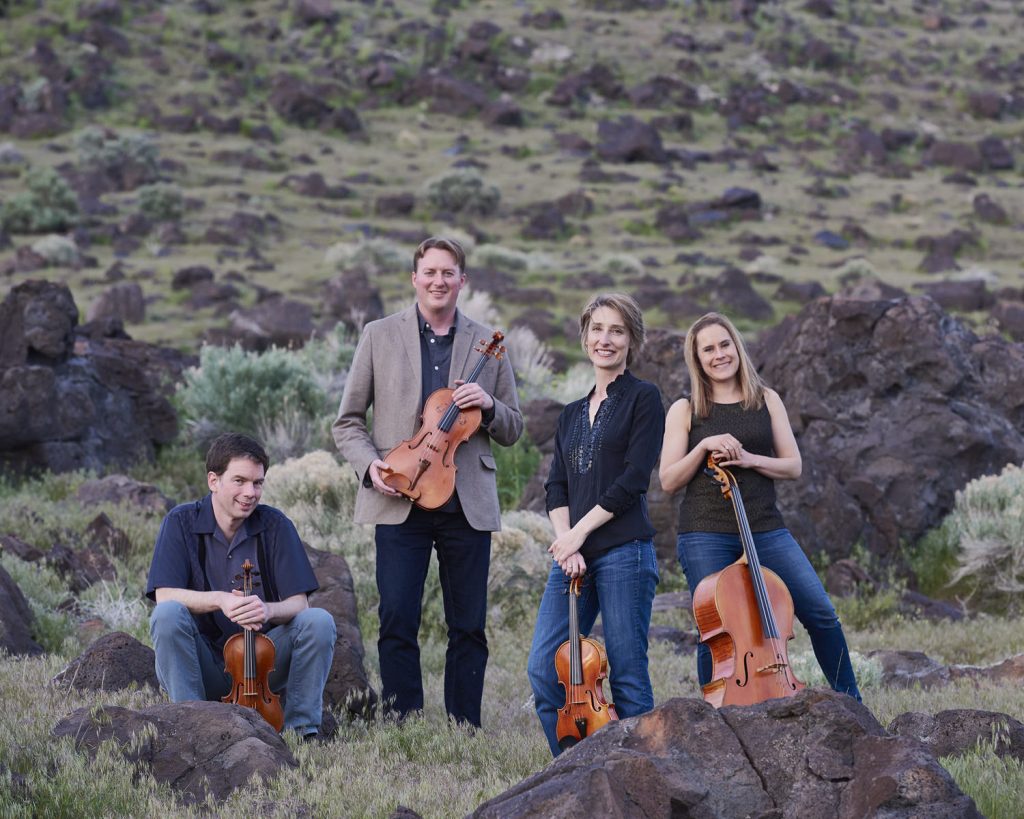 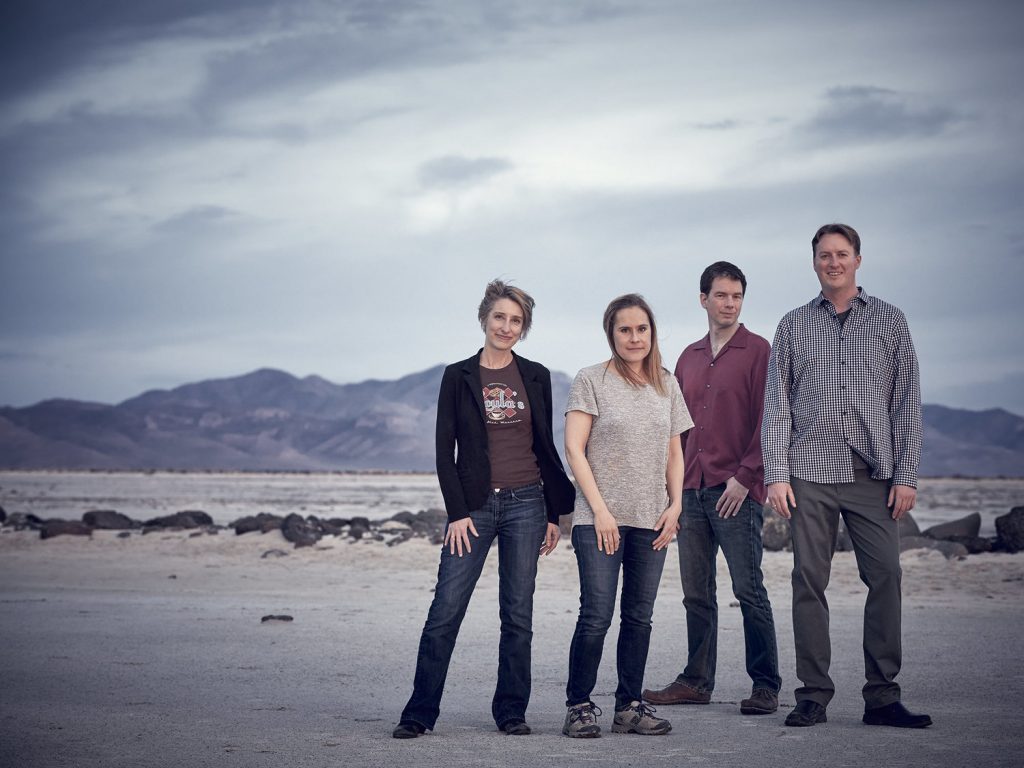 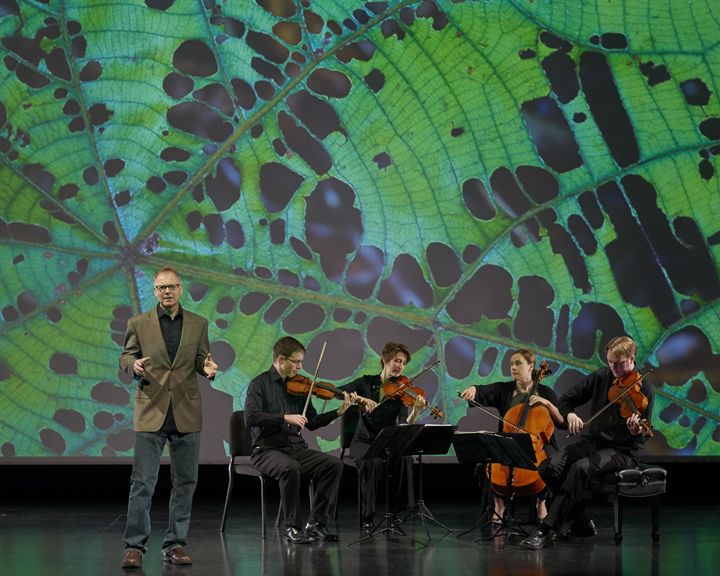 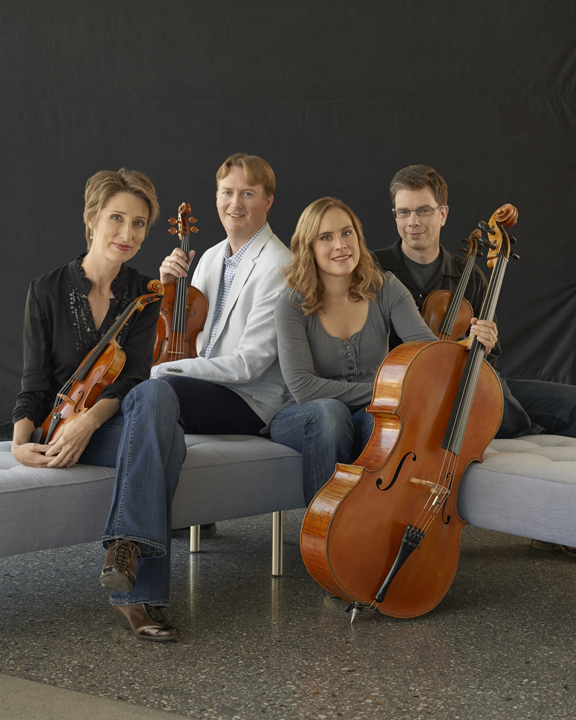 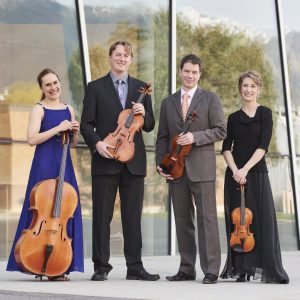 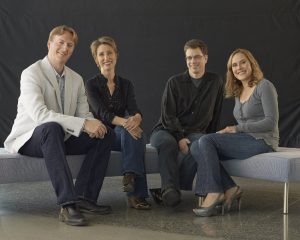