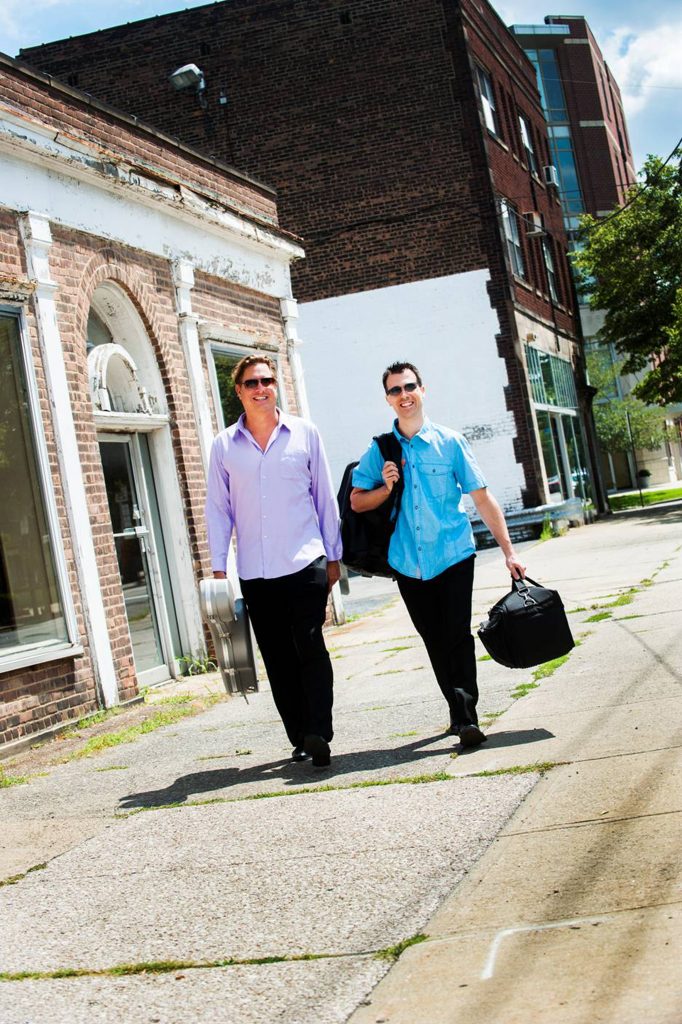 “Crossing genres and audiences is what these two do and do superbly…. underscored why being at a live concert can mean so much more than listening to a CD.” Boston Musical Intelligencer 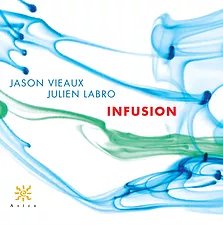 Jason Vieaux and Julien Labro have joined forces to create an exciting new concert experience. From the dance halls of Buenos Aires to the heat of Cuba, Vieaux and Labro take the listener on a Latin-inspired journey through the works of Piazzolla, Gnattali, Brouwer, and others. The duo has recorded Piazzolla’s Four Season of Buenos Aires with A Far Cry Chamber Orchestra, as part of Jason and Julien’s all-Piazzolla CD on Azica Records. Programming with orchestra also includes Piazzolla’s Libertango (in a Labro arrangement) and Canvas, the new concerto for guitar and bandoneon by Julien Labro. 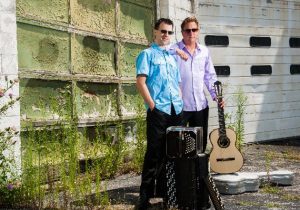 Everybody Wants to Rule the World!– the latest from Grammy-winning guitarist Jason Vieaux and virtuoso multi-instrumentalist Julien Labro on accordina live in Cleveland. This performance of the epochal new wave hit by Tears for Fears gets a jazzy turn by these two masters of arrangement and improvisation. “We always try to pick repertoire from different genres, things that you might not expect our combination of instruments to play,” says Julien. And for the Piazzolla lovers, the duo’s arrangement of Escualo with Julien on accordion has been personalized a bit, “we’ve come up with a version that touches on Reggae and a little Beyoncé.” Check out the red-hot Escualo here…
“Crossing genres and audiences is what these two do and do superbly…. underscored why being at a live concert can mean so much more than listening to a CD.”
Boston Musical Intelligencer

“Jason Vieaux and accordionist Julien Labro took the stage of the Herbst Theatre on October 20 for a spectacular demonstration of how many ways their two instruments could converse, conspire, and ultimately soar with one another. Part of this year’s San Francisco Performance series, long-time collaborators Vieaux and Labro offered an all-20th-century program ranging from Bulgaria to Brazil, with each selection showcasing the palpable delight each of them takes in playing as a duo.” San Francisco Classical Voice

“If you haven’t yet turned on to this great, new guitarist, I have to wonder what you’re waiting for. Teaming with Labro for this second tango duo set, no one playing currently can recreate Argentine harbor drams better than these two. A wild, wily set that blows your ears open, this is high priority listening anytime you want to feel like a grown up. Utter dazzlement without relying on pyrotechnics, this duo has it all on the ball. Killer stuff.” [CD Review: Infusion]
Midwest Record

“The duo give a sublime performance of Pat Metheny’s Antonia featuring heartfelt, extended solos by Labro on the accordina.”
ClevelandClassical.com

“…this disc is a boatload of fun, not to mention that the playing is spectacular from all involved.” “The result is quite irresistible.”[CD Review: Infusion]
Soundboard

“Infusion is distinguished by the virtuosic playing of guitarist Jason Vieaux and bandoneónist and accordionist Julien Labro, but it’s the imaginative choice of material that makes their second duo album something truly special.” Full Review
Textura

“In the hands of two accomplished musicians who are well-versed in both classical and jazz, Vieaux and Labro’s performance captured the essence of Tango Nuevo.”
ClevelandClassical.com

“While all the cats can play, Labro stands out.”
Jazz & Blues Report

About Jason:
“…one of America’s premier guitarists”
Fort-Worth Star-Telegram

“[a] spirited and expressive guitarist”
The New Yorker

San Francisco Classical Voice 10/2017  “Barely off the plane from Memphis, guitarist Jason Vieaux and accordionist Julien Labro took the stage of the Herbst Theatre on October 20 for a spectacular demonstration of how many ways their two instruments could converse, conspire, and ultimately soar with one another. Part of this year’s San Francisco Performance series, long-time collaborators Vieaux and Labro offered an all-20th-century program ranging from Bulgaria to Brazil, with each selection showcasing the palpable delight each of them takes in playing as a duo.”

“…perhaps the most precise and soulful classical guitarist of his generation.” NPR

Charleston Gazette-Mail 4/2017 “Vieaux played with fiery vigor and technical brilliance.” “These had a distinctive bite in Vieaux’s hands, indicative of his flair for style and substance.” [Rodrigo, Sierra concertos]

Washington Post 10/2016 “Every note comes out fully formed, but nothing he does feels premeditated…”

Boston Musical Intelligencer 5/2015  “…five classical pros…”
“Add Jason Vieaux to the Escher String Quartet and it becomes inarguable that there is a very deep sensitivity to what all the members are doing.”

NPR Music’s 50 Favorite Songs Of 2014  “perhaps the most precise and soulful classical guitarist of his generation.”

ClevelandClassical.com 6/2014 with Julien Labro    “the dynamic duo performed from one musical mind… perfectly in sync”

Soundboard Magazine CD Review 3/2014 “If you ever want to give a friend a disc that will cement his or her love for the guitar, this is a perfect candidate. Very highly recommended.”

San Jose Mercury News 6/2013 “The program had a third hero, classical guitarist Jason Vieaux, a renowned player … can stretch a chord like taffy while letting each component note sparkle.”

Philadelphia Inquirer  1/2013    “…he uses vibrato and color for interpretive points when most demanded, and with particularly arresting effect, in part because your ears don’t take them for granted.”

Cleveland Classical 6/2012 “stunning expressiveness and a fine sense of pace.”

Buffalo News 12/2011 (with the Buffalo Philharmonic)

“Thanks to his supreme command of color, Vieaux’s performances of three works by Albéniz were the highlight of the evening. The lilting transparency of Albeniz’ Mallorca brought to mind a brightly colored veil blowing in a gentle wind, and the facile fingerwork, tang, and shifts of dynamics and shading in Torre Bermeja were masterful. The beauty of Vieaux’s playing, which undulated with understated elegance, brought forth smiles and cheers from the audience.” (Music @ Menlo Festival) TheClassicalReview.com [2010]

“The fine guitarist Jason Vieaux led off with his own “Five Songs in the Form of a Baroque Suite,” an arrangement of works by Johann Sebastian Bach interspersed with songs by Pat Metheny, for acoustic guitar. The idea of arranging Metheny’s music in Baroque dance forms – here an allemande, there a chaconne – is a clever one. Vieaux offered clear, clean, sensitive playing throughout.” St. Louis Post-Dispatch [St. Louis Symphony Orchestra Guitar Festival, 2008]

“Joined by Madrid-born guest conductor Pedro Halffter at the podium, Vieaux showed why he is among the most talented guitarists of his generation, a player whose effortless technique and fluidity gave the concerto a singing voice.” Tampa Tribune  [The Florida Orchestra, 2008]

“He followed the concerto with an encore, the popular Vivaldi lute concerto slow movement that everyone knows. Again, what a moment. You could see people draped over the balcony rails, sitting forward in their seats, loving every note.” The Buffalo News [2008]

“Vieaux’s talent is so huge, and has been apparent for so long… He is still the most accomplished guitarist I have heard with my own ears, and that’s a list that starts with Segovia.” Absolute Sound [2006]

“Jason Vieaux has arranged some of Metheny’s most striking compositions for his solo instrument — and plays them with clarion beauty. The resulting album is an inspired masterpiece,with appeal far beyond classical and jazz listeners to virtually anyone who
loves music.” The Star-Ledger [2005] 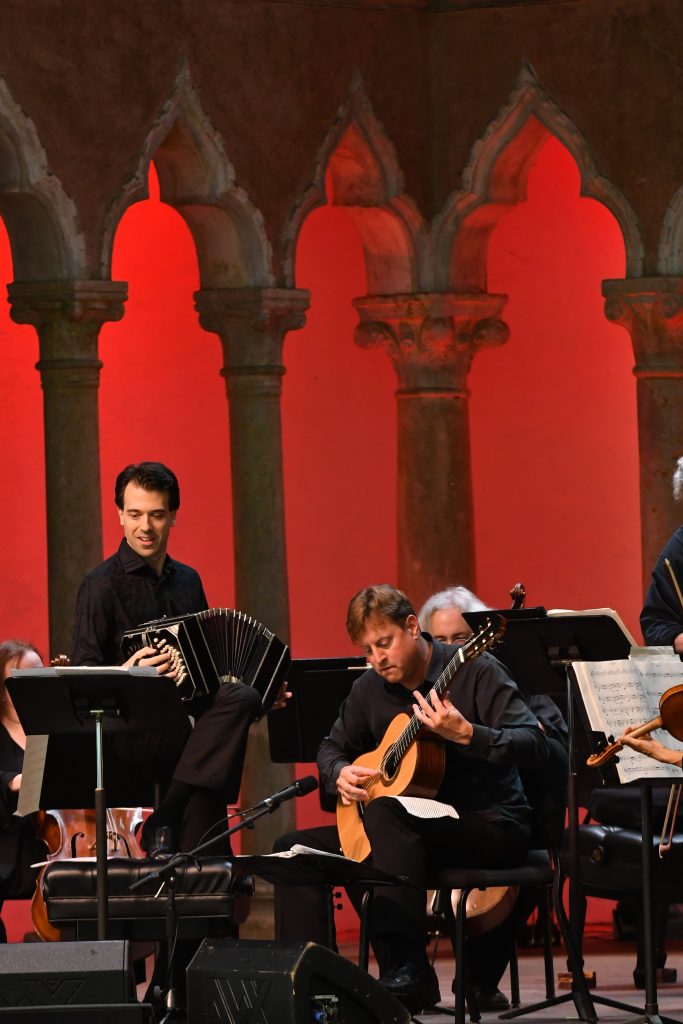 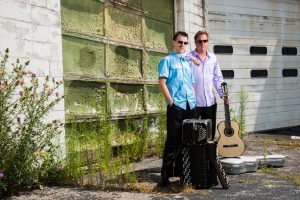 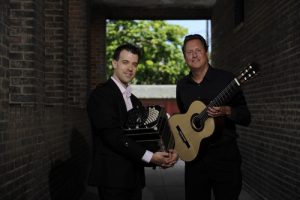