A young artist with a unique voice, violinist Eunice Kim has been proclaimed “just superb” by The New York Times and “a born performer” by Epoch Times. A native of the San Francisco Bay Area, the Astral Award-winning violinist has been featured soloist with The Philadelphia Orchestra, Louisville Orchestra, St. Paul Chamber Orchestra, New West Symphony, Pro Musica Columbus, the Seongnam Philharmonic, Bakersfield Symphony, and the Albany Symphony Orchestra, with which she has recorded George Tsontakis’s Unforgettable, released on Naxos Records. As a guest artist for Curtis on Tour, she has performed in Taiwan, Hong Kong, South Korea, and Germany with violist Roberto Díaz, and appeared at both the Library of Congress and the United Nations for Secretary General Ban Ki-moon.

In concerto repertoire of Mozart, Beethoven and Sibelius to Piazzolla and Jeremy Kittel, Eunice Kim has proven herself a gifted interpreter with a combination of exacting technique and thoughtful musicality. Recent engagements include the Beethoven Romance, Mozart Duo Concertante and Kittel’s “Pando” with the St. Paul Chamber Orchestra. A delightful and charismatic personality, Ms. Kim has also served as host and performer for the SPCO’s Club2030.

An avid chamber musician, Ms. Kim has appeared at Music at Angel Fire, Music@Menlo, Ravinia’s Steans Institute of Music, Marlboro Music School and Festival, and as a guest artist at the Tippet Rise Art Center among other prominent festivals in the U.S. and abroad. Eunice enjoys has an ongoing performance collaboration with award-winning double bassist/composer Xavier Foley. The pair give deeply connected performances of works from Bach and Piazzolla to improvised sets and works by Foley himself. In 2021, the pair began performing his new double concerto ‘For Justice and Peace’ with orchestra, including appearances with the New West Symphony, Stamford Symphony and Pro Musica, about which the Columbus Dispatch wrote “Together, the two musicians become much more than a duet. They developed the fullness of an entire ensemble….”  Full Review. Eunice Kim’s additional collaborations include performances with distinguished artists Miriam Fried, Nobuko Imai, Peter Wiley, Gary Hoffman, Ralph Kirshbaum, Peter Stumpf, Cynthia Raim, and eighth blackbird. Her creative work includes time with Ensemble39, a contemporary quintet of strings and winds devoted to commissioning new music and pushing the boundaries of the concert experience.

In addition to her Astral award, she has received prizes from the California International Violin Competition, the Pacific Music Society, and the Korea Times String competitions. Eunice Kim has degrees from the San Francisco Conservatory of Music and from the Curtis Institute of Music, where she was awarded the Milka Violin Artist Prize.

Eunice Kim has partnered with Astral and The Philadelphia Orchestra’s Department of Education to perform in outreach series and has served as a teaching artist for Astral’s William Penn Residency at schools in the Philadelphia area. She has performed and taught at numerous international music festivals, most recently at the Teatro Del Lago Festival in Chile and the Valdres Music Academy in Norway.

Her musical talent was recognized early, and she began violin studies at the age of six with Wei He in the preparatory division of the San Francisco Conservatory of Music. She made her solo debut at the age of seven with the Korean Broadcasting Symphony Orchestra in Seoul. A student of Ida Kavafian, she graduated with a Bachelor’s degree from the Curtis Institute of Music, where she was the recipient of the Rose Paul Fellowship. At Curtis, she served as concertmaster of the Curtis Symphony Orchestra, and as a mentor in the Curtis Community Engagement program.

Eunice Kim and double bassist Xavier Foley continue their collaboration in 2021 with performances of Foley’s new double concerto For Justice & Peace, with Pro Musica in Columbus (David Danzmayr conducting) and the Stamford Symphony (Michael Stern conducting). The fall of 2021 continues with Eunice’s debut with the Eau Claire Chamber Orchestra performing the Beethoven Violin Concerto, and returning to the Placitas Artists Series with pianist Xiaohui Yang for a program of Beethoven, Poulenc and Schumann.

Read: “Don’t lose sight of the Why” and other important advice in Eunice Kim’s A Soloists Survival Guide

Hear Eunice Kim performed the Beethoven Romance #1 with the St. Paul Chamber Orchestra. She joined conductor Thomas Zehetmair for three performances, of which the Saturday concert was live-streamed.

Eunice Kim performed the Mozart Duo Concertante, and Jeremy Kittel’s “Pando” (with conductor Teddy Abrams) and the St. Paul Chamber Orchestra. She was also the hosts at the SPCO’s Club2030 post-concert event, and treated the crowd to some Mark O’Connor favorites. Eunice writes “it was a big hit, and I will be performing some more Mark O’Connor in Rapid City as well.” More…

Caramoor Blog: A Violinist’s Return to a Magical Week

“Eunice Kim, the solo or lead violinist in everything…was superb throughout.”
The New York Times

“But it’s fairly safe to say that the most enthusiastic response at any of these concerts will be the one that greets Eunice Kim’s interpretation of Saint-Saens’ Introduction and Rondo capriccioso. The composer wrote it to be a show stopper for the virtuoso Pablo de Sarasate, and it remains a show stopper today. Kim gave it all the flair and flamboyance one could desire, with flashy fast fingerings and blinding bowings. Everyone on stage looked as if they were having a great time, and the crowd seemed to, as well, judging from the immediate standing ovation accorded the performance.” Full Review
St. Paul Pioneer Press/TwinCities.com

“Eunice Kim was the soloist for J.S. Bach’s Second Violin Concerto, and she seemed to tap into Egarr’s enthusiasm with her vibrant interpretation.”
St. Paul Pioneer Press/TwinCities.com

“And in the Fourth Concerto… violinist Eunice Kim, tore through the finale, bowing with the violent vigor of a hummingbird’s wings.”
St. Paul Pioneer Press/TwinCities.com

“Eunice Kim is one of those fortunate few that find what they love as a child, and are good enough to base their life around it…. A born performer!”
The Epoch Times 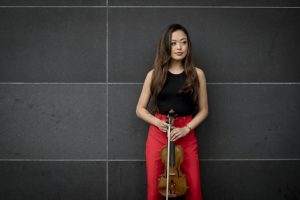 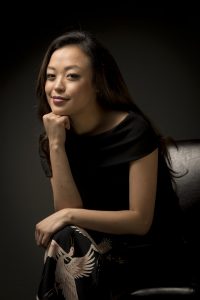 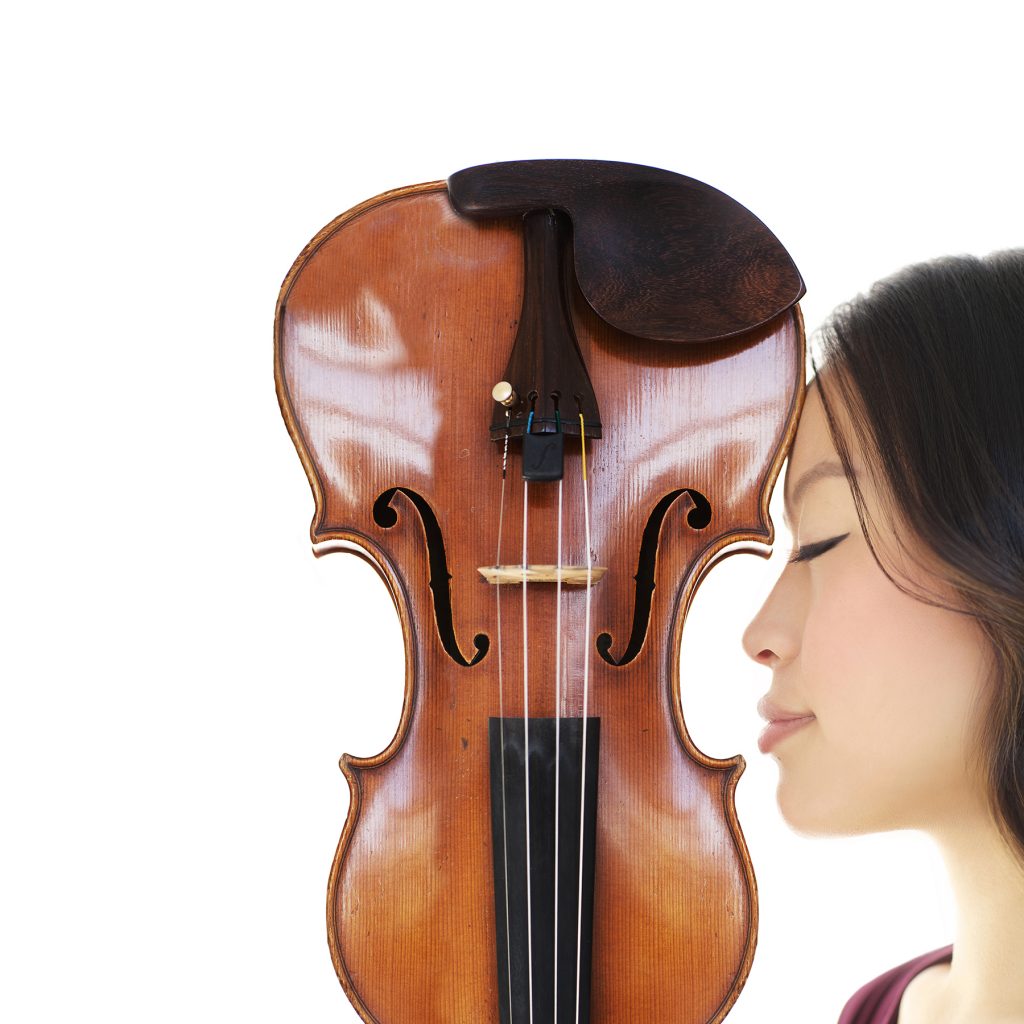 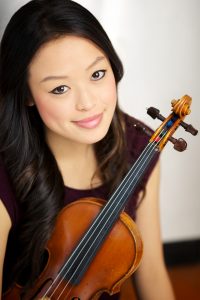