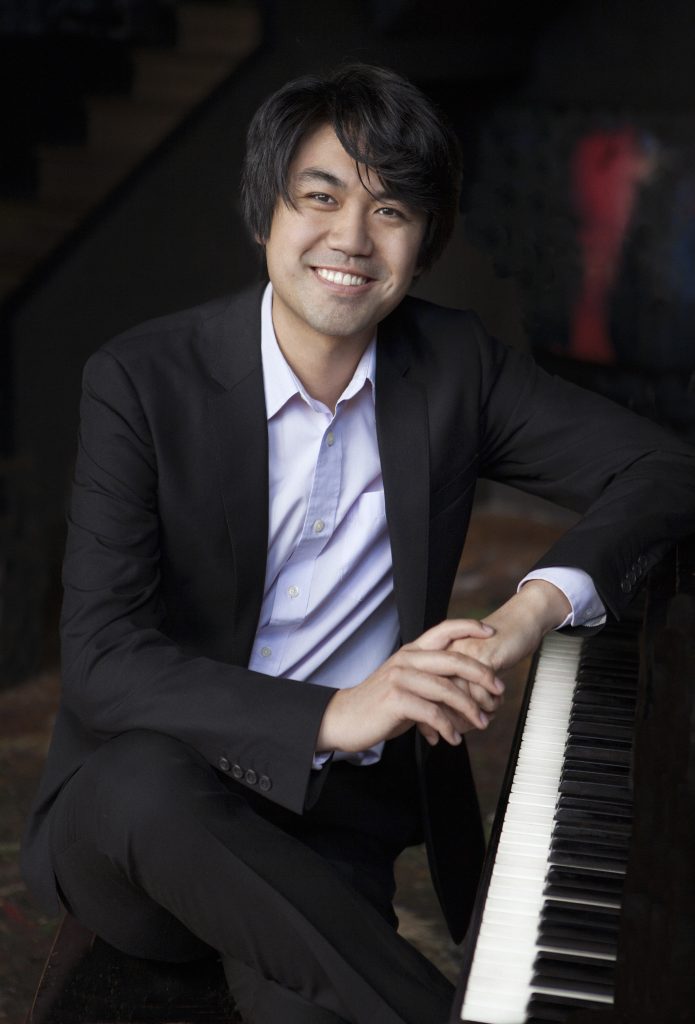 Pianist Sean Chen is hailed as a rising star with a “million-volt smile” and a “formidable set of fingers” (Dallas Morning News). An American performer of tremendous depth who is also a composer and arranger, Chen’s powerful triple-play has already earned him three high-profile awards and an impressive following. In 2013 Chen won the American Pianists Association’s DeHaan Classical Fellowship, one of the most lucrative and significant prizes available to an American pianist. As the first American to reach the finals of the Van Cliburn International Piano Competition since 1997, he went on to win the Bronze Medal in 2014, and then became the 2015 recipient of the $100,000 Leonore Annenberg Fellowship.

“he summoned massive, orchestral sonorities, yet he could also play with enormous delicacy. It was a muscular, impassioned performance, and you felt that he is an artist with something to say.” Cincinnati Enquirer

Acclaimed for his “penetrating artistic intellect” (Audiophile Audition) and “ravishing tone and cogently contoured lines” (Gramophone), the young American pianist has already appeared as soloist on return engagements with the Indianapolis Symphony Orchestra, Fort Worth Symphony and Indianapolis Chamber Orchestra, made debuts with the Philadelphia Chamber Orchestra at the Kimmel Center and with the orchestras of Milwaukee, Phoenix, Hartford, Santa Fe, Tucson, North Carolina, San Diego, the New West Symphony and many others in the U.S. and South America. A collaborative artist, Sean Chen is held in high esteem by such conductors as Gerard Schwarz, who spoke of his Bartok Concerto #2 as “stupendous” and said “He brought this piece to life in a totally convincing way, and for me it was the best performance of this concerto that I have ever heard.” In addition to Maestro Schwarz, Sean Chen has worked with Leonard Slatkin, Miguel Harth-Bedoya, Karina Canellakis, Nicholas McGegan, Marcelo Lehninger, Michael Butterman, George Hansen, Michael Stern and many others. Solo and chamber music recitals have taken him to Jordan Hall in Boston, the Dame Myra Hess Series in Chicago, the Lied Center in Lincoln, New York City’s SubCulture, The Smithsonian, Amsterdam’s Concertgebouw and dozens of other venues throughout the world.

Now serving as Millsap Artist in Residence at the University of Missouri-Kansas City Conservatory of Music and Dance, Sean Chen received undergraduate and graduate degrees at Juilliard. At the Yale School of Music, he earned his Artist Diploma as a George W. Miles Fellowship recipient, and a student of Hung-Kuan Chen and Tema Blackstone. His former teachers include Jerome Lowenthal, Matti Raekallio, and Edward Francis. He has been featured in a nationally syndicated radio series produced by WFMT-Chicago, as well as on From the Top, American Public Media’s Performance Today, WQXR (New York), WFMT (Chicago), WGBH (Boston), and WFYI (Indianapolis). Steinway & Sons released his solo album, La Valse, recorded as part of his substantial APA prize, prompting Vivien Schweitzer of the New York Times to praise his “alluring and colorfully shaded renditions” of Scriabin and Ravel. International Piano magazine has named Chen “One To Watch.”

“Chen possesses a flawless technique and played series of octaves at a pace that took your breath away. In addition, he produced heart-rending melodic lines with clarity and beautiful phrasing rarely heard from the piano.” Tribune Star

“His playing was expressive without being showy, shaping well-worn phrases with a kind of casual elegance that made them crackle with freshness, building the first movement cadenza into a display of focused energy and pianistic brio, and bringing a contemplative sensitivity to the quietest sections of the concerto’s slow movement, which faded into a whispered silence before the thunderclap start of the rousing finale.” Tulsa World

“he summoned massive, orchestral sonorities, yet he could also play with enormous delicacy. It was a muscular, impassioned performance, and you felt that he is an artist with something to say.”
Cincinnati Enquirer

“Chen continued his exceptional ability to connect with an audience combined with an easy virtuosity to bring the house down with Rach 3.
Huffington Post

“Chen had earned a reputation for his approachable personality and showmanship …Chen upped the ante by presenting his own transcription of the piece… full of audacity, bravura, and showmanship.”
San Francisco Classical Voice

“That Chen has performed music near and dear to his iconoclastic musical heart exudes through every moment of this impressive disc, a display of a superior digital talent guided by a penetrating artistic intellect.”
Audiophile Audition

“The sheer bravura, dramatic tension, and emotional commitment of this Hammerklavier performance should win Mr. Chen many adherents.” Audiophile Audition

“As difficult as it must have been to master, it was stunningly beautiful. In the hands of a pianist such as Sean Chen, the music of Ligeti deserves to be heard more often.” Toronto Concert Reviews

“the performance blazed with color and excitement.”
International Piano

“Pianistic circles universally say that the Brahms 2nd is the most expansive and difficult concerto in the entire pianistic repertoire. This fact did not seem to resonate with Chen because he delivered the most original and likely the best live performance I have ever experienced among the many such performances I have heard in my professional life. This young pianist plays as a very thoughtful musician well beyond his years” The Republic 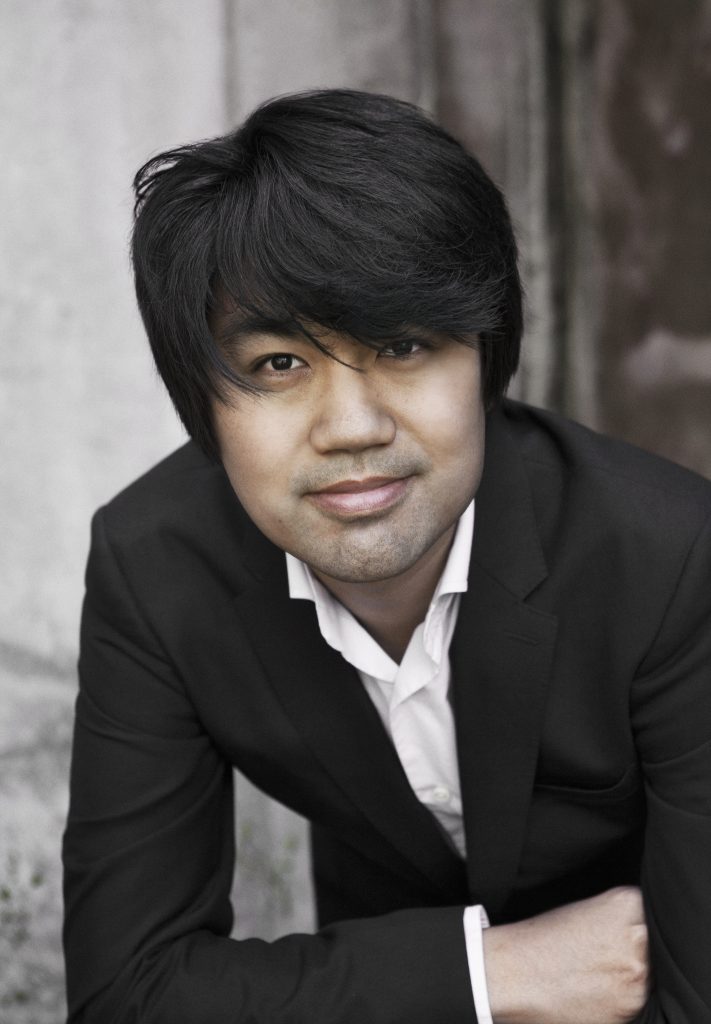 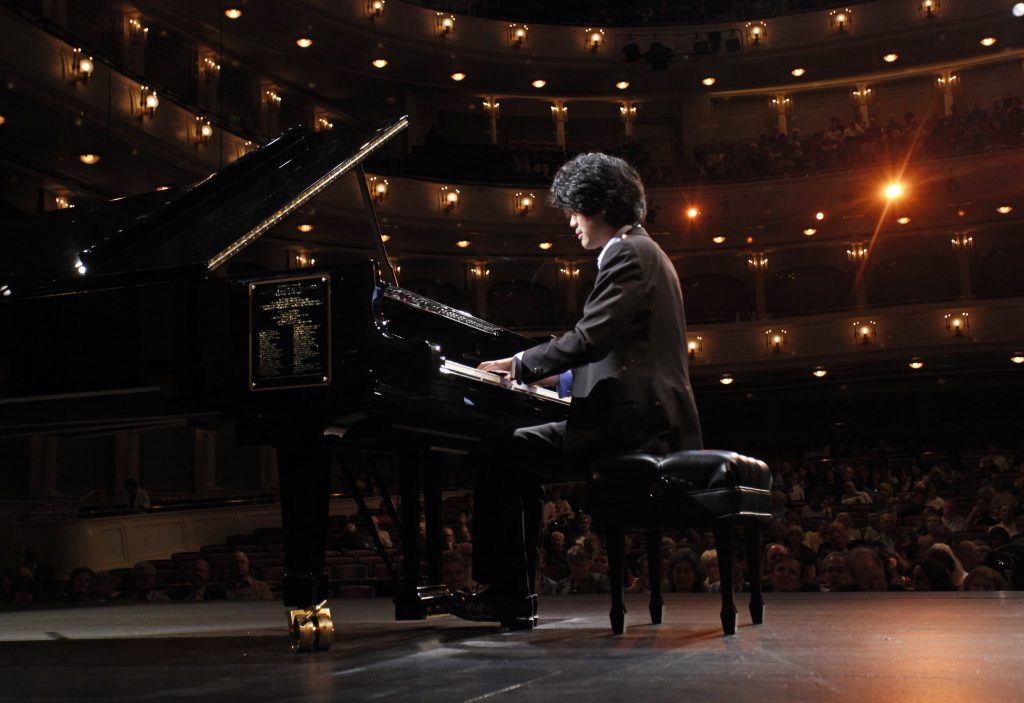