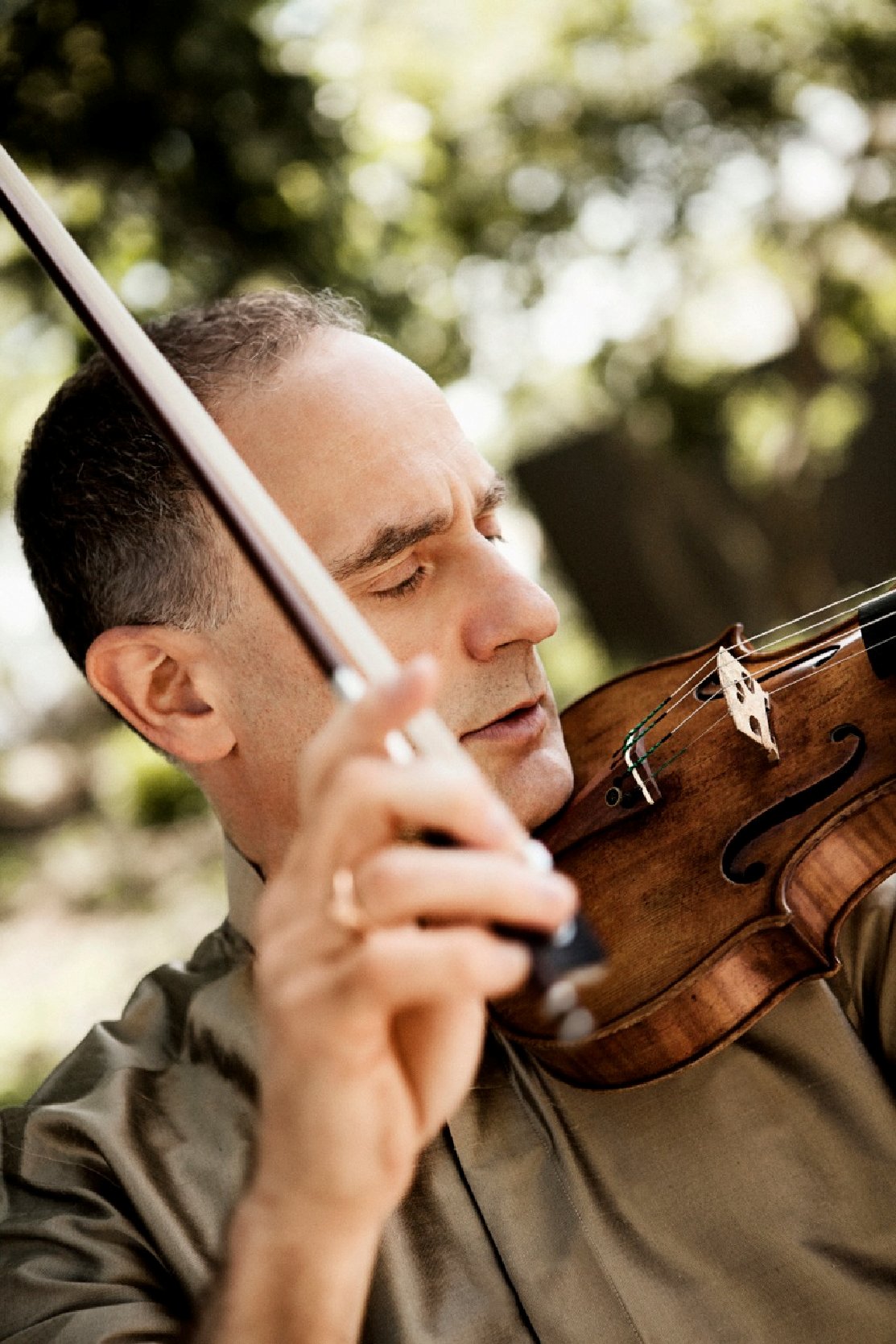 Internationally acknowledged as one of the leading violinists of his generation, Mark Kaplan has played with nearly every major American and European orchestra and created a busy performance schedule around the world as both a soloist and a chamber musician.

Kaplans’ 2022 season includes a return to the three Brahms Violin Sonatas with a full-day symposium and concert livestream at IUMusicLive! during which he performs with three distinguished pianists Émile Naoumoff, David Kaplan and Norman Krieger.

Kaplan has performed with the New York and Los Angeles Philharmonic Orchestras, the Cleveland and Philadelphia Orchestras, the National Symphony Orchestra of Washington DC, and the symphony orchestras of St. Louis, Pittsburgh, Baltimore, Minnesota, Cincinnati, Dallas and Houston, among others. Currently a professor of Violin at the University of Indiana, Bloomington, his flourishing career in Europe began in 1975 when he was asked to replace Pinchas Zukerman in a concert conducted by Lawrence Foster in Cologne. On that occasion the critic of the Koelnische Rundschau wrote: “One needs no gift of prophecy to foresee that Mark Kaplan will soon conquer the great musical centres of Europe.” This led to engagements with the Berlin Philharmonic and the New York Philharmonic with Klaus Tennstedt — launching his international career.

He has subsequently performed in all the principal European cities including London, Berlin, Paris, Vienna, Prague, Zurich, Amsterdam, Copenhagen and Milan as well as the Far East and Australia, and has collaborated with many of the world’s foremost conductors, among them Ormandy, Tennstedt, Maazel, Masur, Dutoit, Bychkov, Comissiona, Conlon, Fischer, Foster, Rattle, Salonen, Schwarz, Skrowaczewski, Slatkin, Gatti and Zinman. He has appeared regularly at the major summer festivals such as Aspen, Blossom, Chautauqua, Grant Park, Ravinia, Saratoga, Wolf Trap and Santa Fe.

Mark Kaplan’s repertoire stretches from the baroque to the present day. Strongly committed to contemporary music, he gave the European premiere of Marc Neikrug’s Violin Concerto in 1985 with the Hallé Orchestra and in 1995 he played the Elliott Carter Violin Concerto in Paris with the Orchestre Philharmonique de Radio France, conducted by David Robertson. He has recently performed the John Adams Violin Concerto with the Malmo Symphony Orchestra, the Ligeti Violin Concerto with the RAI Orchestra in Turin and recorded Nono Varianti for Violin and Orchestra. At the other end of the scale, his recitals regularly include works by Bach, Beethoven, Brahms and Schubert.

Mark Kaplan’s extensive discography includes the release of Bach’s Complete Sonatas and Partitas for solo violin on the Bridge label. His first concerto recording of Paganini and Wieniawski violin concertos with the London Symphony Orchestra received impressive reviews both in the UK and abroad. He has also recorded Schubert works with David Golub, the solo works of Sarasate, and Bartok with Bruno Canino to much acclaim and a CD of Schumann sonatas with Anton Kuerti. His most recent recordings include Bartok Violin Concerto No. 2 and Dohnanyi Violin Concerto No. 2, recorded with Lawrence Foster and the Orquestra Sinfonica de Barcelona for Koch International Classics and Nono Varianti with the Sinfonieorchester Basel under the baton of Mario Venzago. Two new CDs for Koch International: Lalo Symphonie Espagnole and Juan Manen Concerto Espagnole and Berg and Stravinsky Violin Concertos were recorded with the Budapest Festival Orchestra. 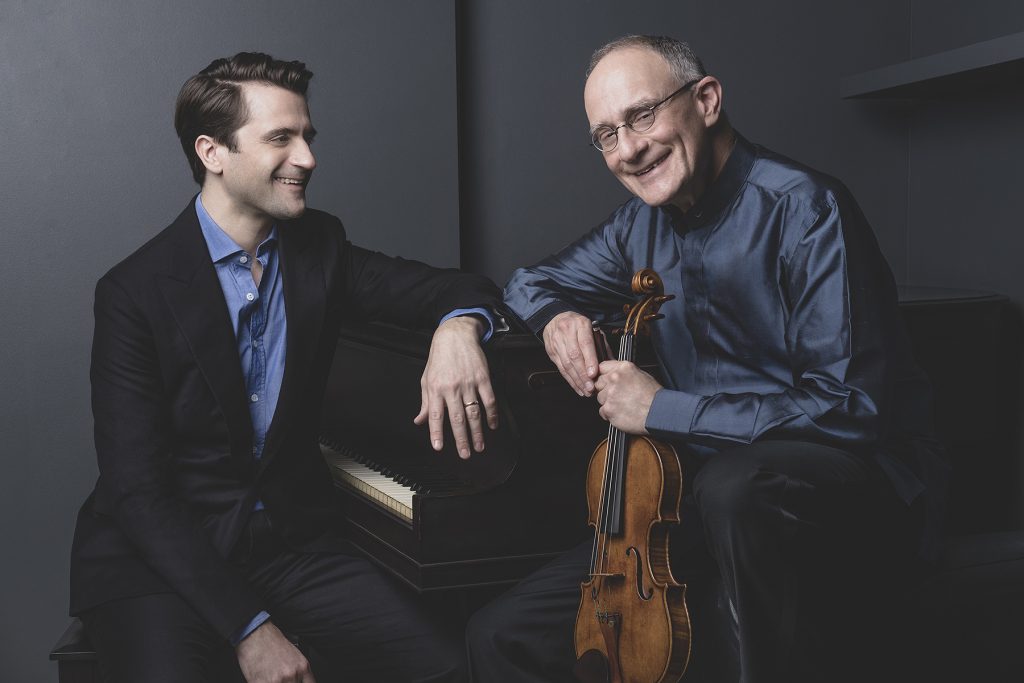 A dedicated chamber musician, Mark Kaplan’s programming includes duo recitals with pianist David Kaplan (yes, they are related!) and with the Weiss-Kaplan-Stumpf Trio which he formed with pianist Yael Weiss and cellist Peter Stumpf. The trio’s discography includes works of Brahms, Smetana, Auerbach, Chen Yi, Clancy Newman, Schoenfelt, and Lerdahl, and follows the legacy of the former Golub Kaplan Carr trio whose success throughout North America and Europe was echoed in the outstanding reviews from both performances and recordings. In 2022 Bridge Records will release the Weiss-Kaplan-Stumpf Trio complete Beethoven Trio cycle.

Mark Kaplan plays a violin made by Antonio Stradivari in 1685. It is named The Marquis after the Marchese Spinola, whose family owned the violin for several generations.

“Thanks to the exemplary musicianship of Mark Kaplan… a romantic concerto that often winds up as little more than a loud, fast vehicle for solo violinists to show off their flashy technique revealed itself as a sustained exploration of human and harmonic relationships.” [Tchaikovsky Concerto]
SouthCoastToday.com

Mark Kaplan is interviewed on: Hunkered Down podcast – listen here

“The musicians I admire most tend to be selfless types for whom razzle-dazzle is clearly anathema; for them, the composer always comes first. Mark Kaplan is exactly that kind of violinist…a gripping performance of ever-increasing lyrical intensity.”
The Strad

“An impressive performer. He brought forth sounds of great purity from his instrument and left no doubt about his virtuosity.”
New York Times

“…there is something especially engrossing in this performance. As if conjuring a whole atmosphere of Bach, the sound is full and sumptuous with a balanced ambience throughout Kaplan’s superb interpretation.” [full review]
Strings Magazine

“In an overly packed Ford-Crawford Hall, he performed part two of Bach’s daunting Sonatas and Partitas for Unaccompanied Violin. He was, to put it succinctly, magnificent”
Herald Times

“Kaplan is at the top of his form … sophisticated insights and subtle mastery”
ClassicsToday.com

“Kaplan has a clear vision of the structure of each movement, and he seems to understand the role of every note within that structure. The music sounds cohesive and expressive.” [full review]
The Unmutual Blog

“These are sage performances… he even wrote the booklet notes, and they reveal his deep understanding of the music.” [Bach: Solo Sonatas & Partitas; Bridge 9460, 2 CD set]
American Record Guide

“Kaplan defines the structures of all three fugues with skilful voicing and shaping of the line. He performs the aria-like Andante of Sonata no. 2 with immaculate repose and characterises most of the partitas’ dances with buoyant rhythms and crisp articulations. He lingers at unexpected moments in the Adagio of Sonata no. 3 and the deeply felt Sarabanda of Partita no. 2 … a striking cumulative effect.”
The Strad

“Kaplan and Newman matched each other perfectly in the execution of Brahms’ by turns argumentative and intimate duet writing. Each musician had mastered the individual challenges of the piece (including some fiendishly difficult double-stops in both parts) and turned their attention to the intricate dialog that makes the concerto unique in the genre. The finale… displayed the soloists at the peak of their powers, and brought the audience to its feet” [Brahms Double Concerto, Springfield Symphony]
The Republican

“The rhythm and colors brought out by the conductor were equaled only by the surpassing musicality and the beautiful technique of soloist Mark Kaplan.” [Stravinsky Violin Concerto, Orchestre National de Lyon]
Figaro Lyon

“Kaplan made his case throughout with a rich, luminous tone quality that hung resonantly in the air; near-perfect intonation, even in the most treacherous multiple-stopped chords; expressive rubatos in the slower dances; sufficiently graceful rhythm in others. He could dig trenchantly into the Sonata No 2’s great Fuga, finding the climaxes and crunching them with satisfying, robust attacks…these were formidable performances” [Bach: Solo Sonatas and Partitas]
Los Angeles Times

“His 1685 Strad, resonant beneath, seductively throaty in the middle, and with a top as sweet as a nut, seemed made for this music”
MusicWeb

“The man of the moment (Schwarz in his first concerts with the RLPO since appointment was announced) was almost upstaged however in the second piece by violin maestro Mark Kaplan and his dazzling interpretation of one of the great violin pieces – Sibelius’ violin concerto in D minor. It comes with the reputation of being a finger breaker but Kaplan’s scintillating virtuosity gave us a real performance to remember. His technique was matched only by the crisp vivid resonate tones of his Stradivari violin in a performance of passion which drew gasps from the listeners.” [Sibelius Violin Concerto, Royal Liverpool Philharmonic Orchestra conducted by Gerard Schwarz]
Lancashire Evening Post

“Kaplan is as equally adept at premiering concertos by Elliott Carter and Marc Neikrug as performing standard repertoire and his understanding of stylistic subtleties underpinned his exciting yet ultimately moving playing. Being a formidable baritone inspired many of Barber’s elegant, elongated phrases and Kaplan’s attention to the weight and dynamics of each of them was impressive, as was his exquisite Bach encore.”
Belfast Telegraph

“Mark Kaplan was one of the orchestra’s major finds, weaving through Bartok’s Second Violin Concerto. Kaplan’s pliant, free-ranging lines were a unifying force through a diverse score. Whether in tranquil duet with the woodwinds or moving from mysterious quarter-tones to blazing cadenza, this soloist could not be fazed…A winning encore of Bach’s Gavotte en Rondeau, immaculately styled, was a refreshing sorbet after such a testing and rewarding main course.”
New Zealand Herald

“From the tranquil, lyrical beginning, through passages of absurdly demonic virtuosity to the magical ending, he was brilliant”
The Scotsman

ClassicsToday.com  “Kaplan is at the top of his form”


ArtMusicLounge “In style, he seems to me to combine the best of the Italian and German approaches to violin playing…extraordinary lyricism…This is a great recording, plain and simple.”

“Mark Kaplan was one of the orchestra’s major finds, weaving through Bartok’s Second Violin Concerto. Kaplan’s pliant, free-ranging lines were a unifying force through a diverse score. Whether in tranquil duet with the woodwinds or moving from mysterious quarter-tones to blazing cadenza, this soloist could not be fazed…A winning encore of Bach’s Gavotte en Rondeau, immaculately styled, was a refreshing sorbet after such a testing and rewarding main course.”
New Zealand Herald 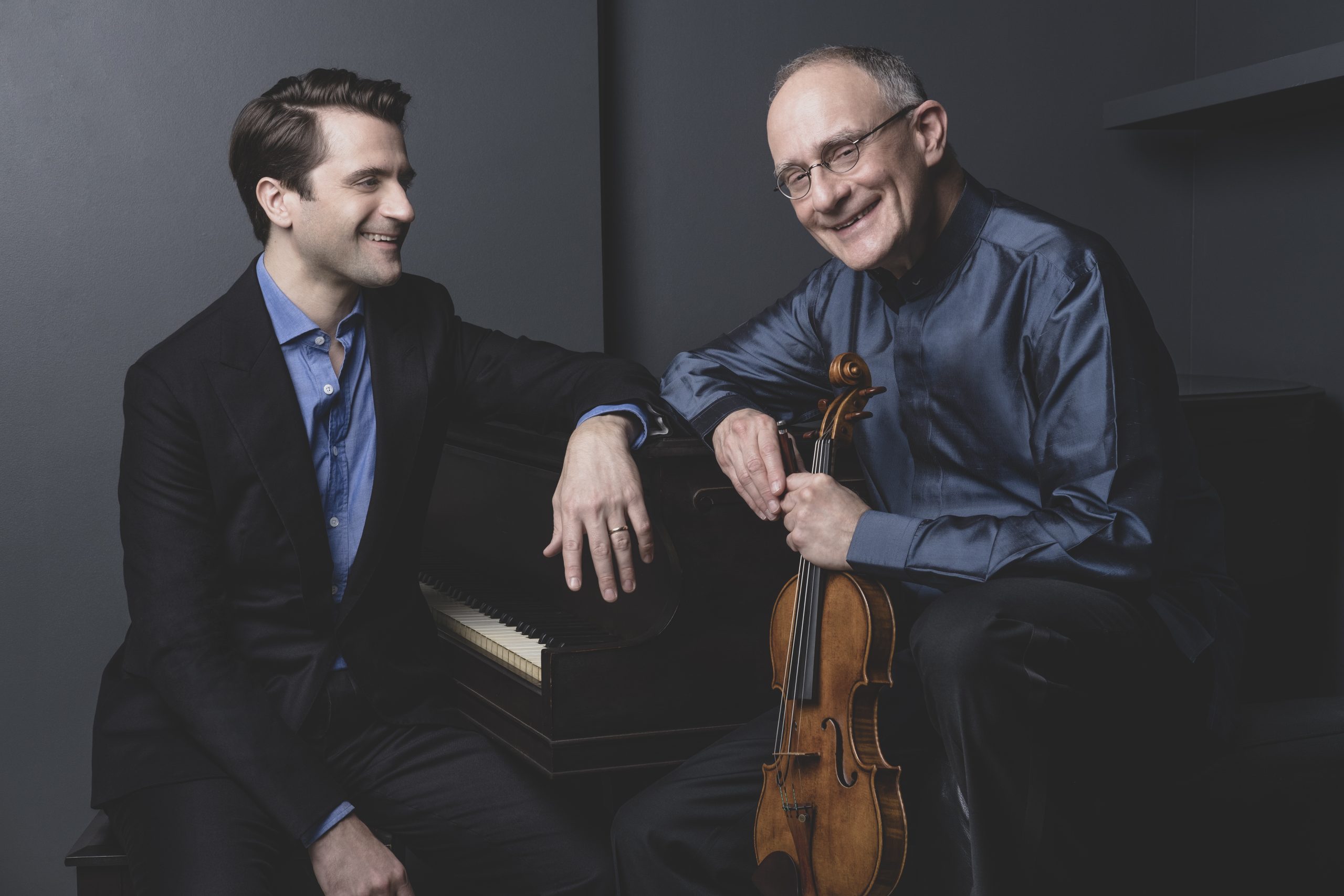 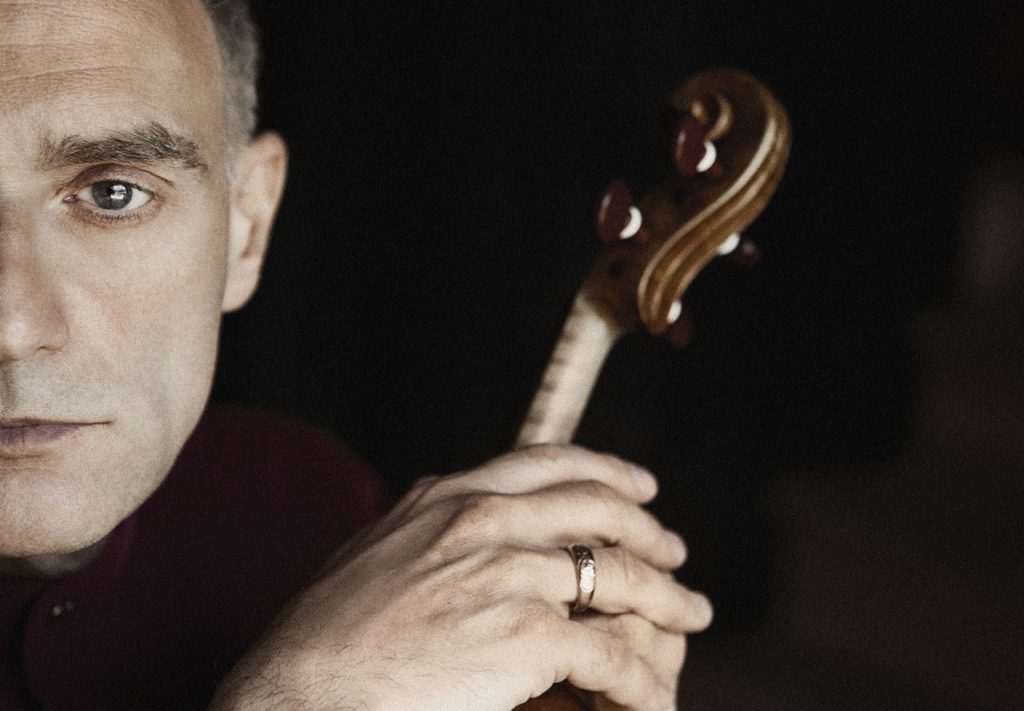 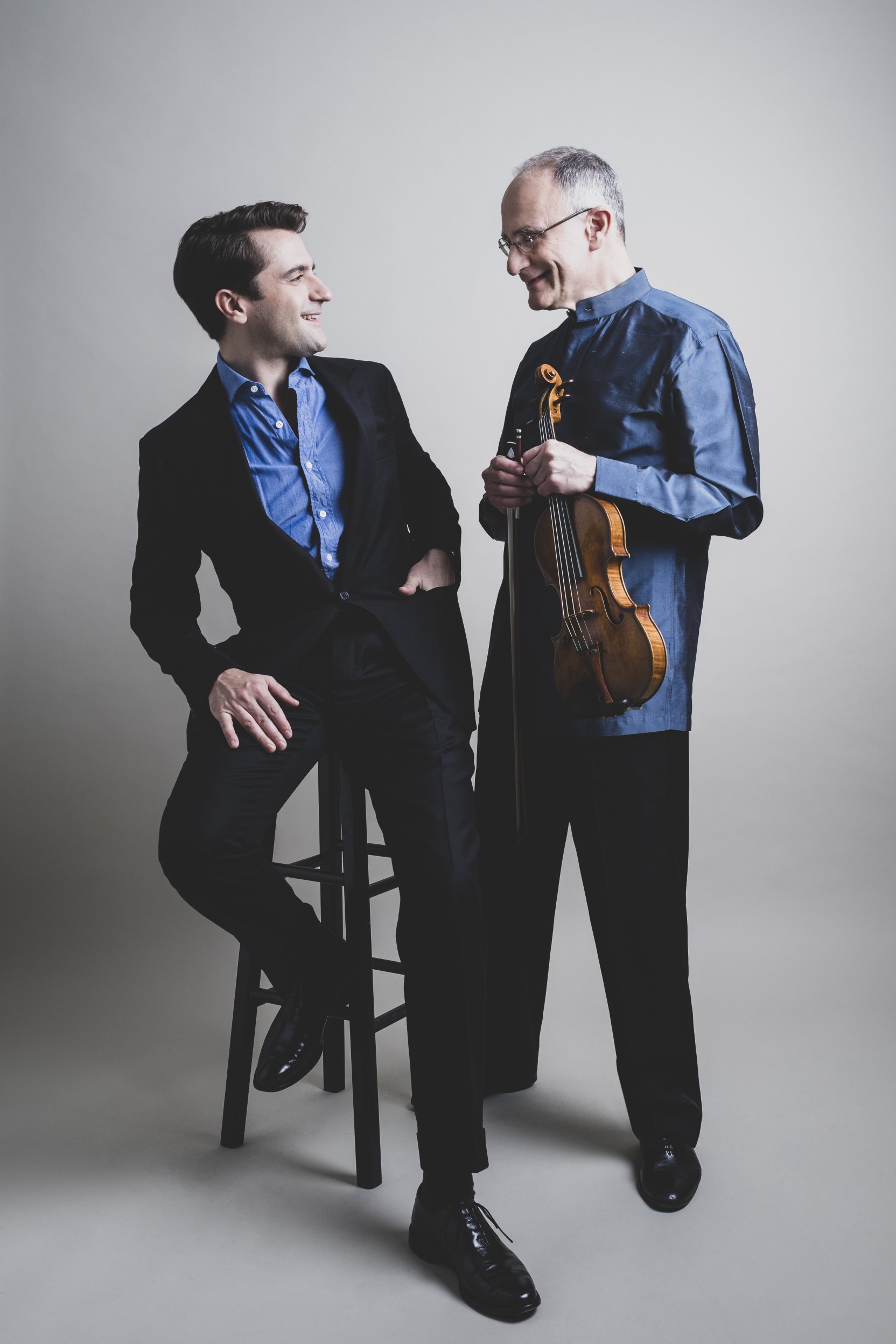 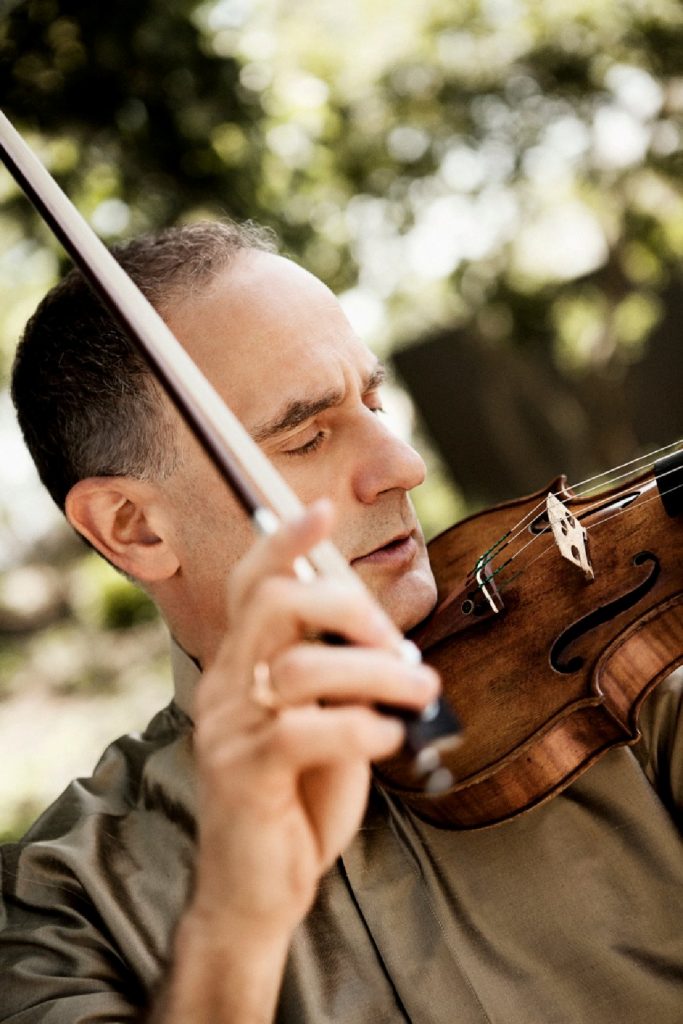 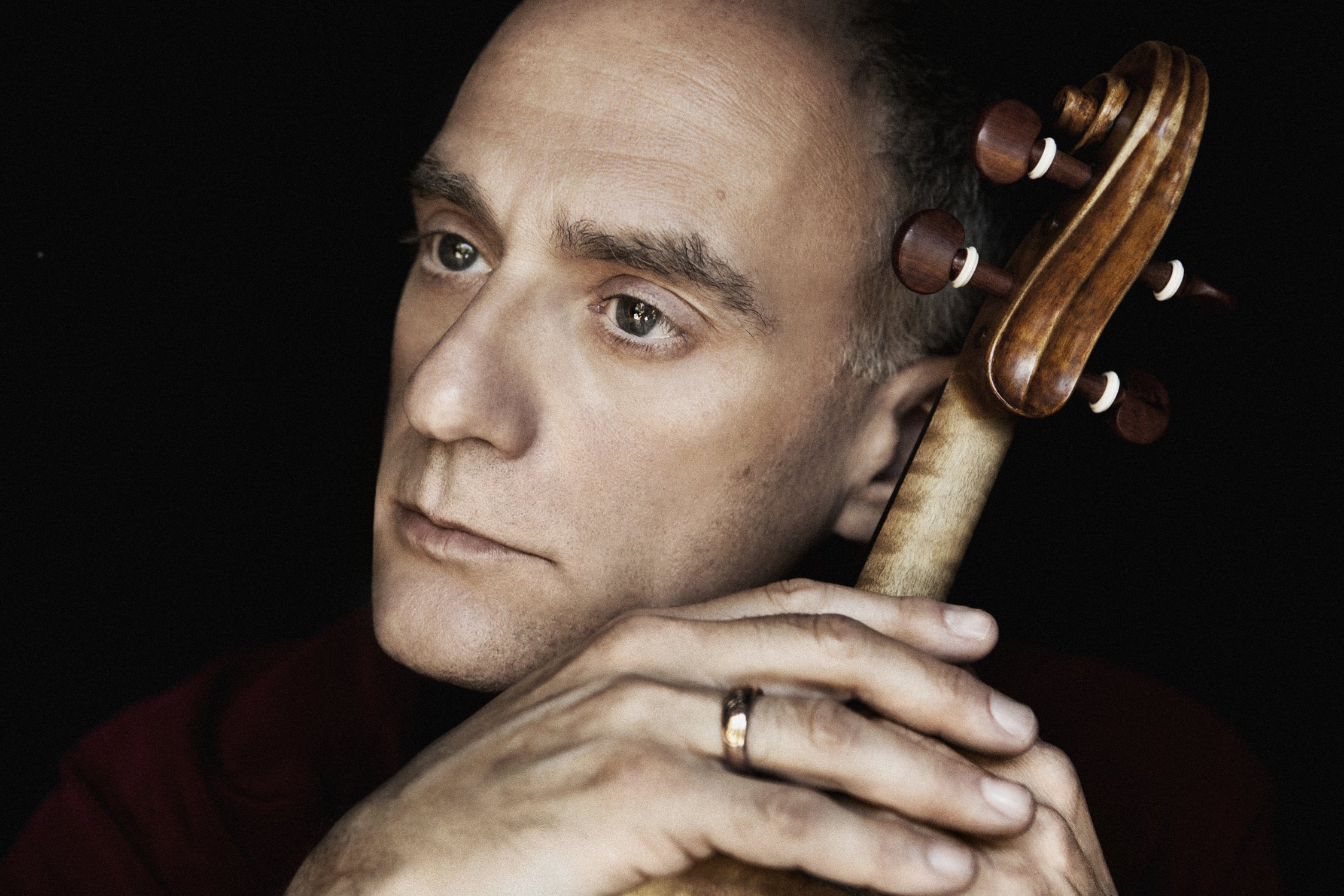