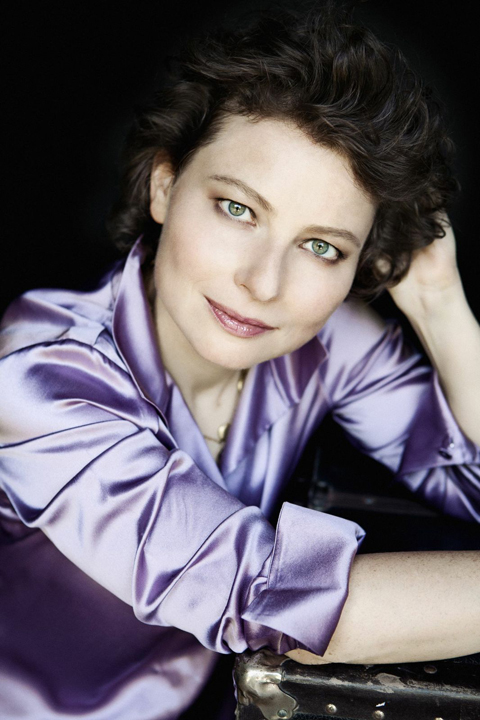 Acclaimed as a pianist of “consummate artistry” (Washington Post) Yael Weiss has performed across the United States, Europe, Japan, Korea and South America at such venues as the Kennedy Center, Carnegie Hall, Alice Tully Hall and London’s Wigmore Hall. Her New York recital debut, presented by the Metropolitan Museum, was acclaimed by the New York Times as “remarkably powerful and intense… fine technique and musicianship in the service of an arresting array of music.”

Yael has been interviewed about the 32 Bright Clouds project and the power of music to express our unity and shared humanity on NPR’s All Things Considered. In addition, the distinguished series at Washington DC’s Freer and Sackler Galleries was recorded and is available via this direct link to the concert.

Yael Weiss is a captivating presence on the concert scene. Singled out for her visionary interpretations of surpassing depth, immediacy and communicative power, she is active as concerto soloist, recitalist, chamber musician and recording artist. An award winning artist, she has appeared with the Seattle Symphony Orchestra, Chautauqua Festival Orchestra, Prague Chamber Orchestra, Jerusalem Symphony Orchestra, Israel Chamber Orchestra, Israel Camerata, and the Brazil National Symphony, among others. Her discography encompasses piano works by over a dozen composers, her solo releases include “Robert Schumann: Piano Works” and “88 Keys to Joy”, both on the Koch International Classics label.  About her Schumann recording, Audiophile Magazine’s Gary Lemco wrote: “Sensitive, scholarly renditions of alternative Schumann repertory, each a labor of love.” In 2021, Toccata Classics released her premiere recording of Aviv, Concerto for Piano and Chamber Orchestra, which she commissioned from composer Joel Feigin.

Ms. Weiss is also devoted to chamber music, and tours worldwide with her piano trio, the Weiss-Kaplan-Stumpf Trio — with violinist Mark Kaplan and cellist Peter Stumpf. Trio recordings on the Bridge Records Label include works of Brahms, Smetana, Auerbach, Chen Yi, Newman and Schonfeld, with Clancy Newman, cellist. Slated for release on Bridge Records is the Weiss-Kaplan-Stumpf Trio’s new recording of the complete cycle of Beethoven piano trios.

Yael Weiss is a regular favorite at international music festivals including the Marlboro, Ravinia, City of London, Banff, Parry Sound, Caramoor, and the Seattle Chamber Music Festival. From 1999 to 2003 she served as Artistic Director of the Hersher Foundation Chamber Music Series in Connecticut. Yael Weiss is known to radio and television audiences worldwide, having been a frequent guest on National Public Radio, the BBC in London, and New York’s WQXR and WNYC. She has appeared numerous times on Israeli television, and presented a recital filmed live for NHK television in Japan.

Ms. Weiss has been honored with distinguished prizes from the 2002 Naumburg International Piano Competition and the Kosciusko Foundation Chopin Piano Competition, and has been a recipient of the Presser Award as well as grants from the America-Israel Cultural Foundation. She has presented master-classes for universities throughout the United States and Europe, and has served on the faculty of the Indiana University School of Music. She studied with Richard Goode and Edward Aldwell at the Mannes College of Music and with Leon Fleisher at the Peabody Conservatory. Yael Weiss makes her home in New York City.

The Freer and Sackler Galleries will present Yael Weiss in a 32 Bright Clouds Premiere Event on October 17, 2020 at 7:30pm (EST). More information here. View this event on YouTube at this direct link to concert (and enjoy it after Oct. 17th as well)

Yael will talk about the 32 Bright Clouds project and the power of music to express our unity and shared humanity on NPR’s All Things Considered on Saturday, October 17th between 5:00-6:00pm

32 Bright Clouds is a global music-commissioning and performing project, born from a need to respond to current social and political environments in the US and worldwide with a personally meaningful and purposeful musical endeavor. Thirty-two newly commissioned short piano works will be brought to the stage in performance alongside Beethoven’s cycle of 32 Piano Sonatas. The new works are commissioned from composers in 32 different countries, focusing primarily on countries of conflict and unrest where creative efforts often face insurmountable challenges. Each commissioned work relates to one of the Sonatas while maintaining elements of the country’s traditional musical language. Already included are composers from Indonesia, Jordan, Iran and Bhutan. The project aims to harness music’s great power for unity and peace, cherishing and enjoying the differences of diverse peoples and cultures and presenting their works on the concert stage. More…

“remarkably powerful and intense. . . fine technique and musicianship in the service of an arresting array of music.”
The New York Times

“Sometimes one tends to take for granted the level of professionalism displayed by established artists. While it was disappointing not to be able to hear André Laplante, one of Canada’s most interesting pianists, his shoes were more than capably filled by Weiss.”
Calgary Herald

“her technical skill was dazzling, and in the softer, more intimate conversations between piano and orchestra, her depth of feeling and delicacy of touch were mesmerizing.”
SouthCoastToday.com

“I was particularly impressed with Weiss’s soft playing in the Adagio and her clean passagework in the finale. A terrific performance, able to stand with the best.”
American Record Guide

“Her fingers were perfectly choreographed for incredible Promethean runs through Beethoven’s Third Concerto. Weiss gave us melody and fireworks at the same time. Each note rang with clarity and sparkled with feeling”
The Connecticut Post

“a pianist both technically adept and emotionally clued in… no keyboard hurdle seemed too high for her to conquer with aplomb.”
Herald Times

“Pianist Yael Weiss, a 2002 Naumburg International Piano Competition winner… played with a golden touch that could do no wrong.”
Classical Voice North Carolina

“Yael Weiss managed both the lyricism and the subtle percussiveness of her assignment with consummate artistry.”
Washington Post

“a seasoned performer and a versatile, adventurous pianist, who is equally at home with glittering arpeggios and the languid folkloric harmonies and rhythms of the Triple Concerto’s third movement”
South Coast Today

“her playing has depth, and her technique is impeccable.”
[CD Review] Sequenza21.com

“Weiss, at the piano, produced gorgeous tones…. There was also in her playing what the Germans term “klang,” tones crystal clear and yet emerging from the keyboard with harmonic overtones, a wondrous effect that not too many pianists can realize.”
The Herald Times

ConcertoNet “Ms. Weiss played these works with a sympathetic sincerity… in the complete A‑flat Major Sonata, she was at lyrical and bold. Most essential of all, she showed that Beethoven’s impulsive changes, his sudden mood swerving and final fugue–an iconic paean to the piano–were so singular that no other interpolated music possibly rival his Promethean vision.”

Calgary Herald “Sometimes one tends to take for granted the level of professionalism displayed by established artists. Weiss had not performed these particular works — both of them tremendously demanding — in more than a year…. But one could never have guessed it from the authority and freedom of her playing.” [Yael Weiss steps in on 24-hours notice]

The Daily Courier “Weiss is a consummate musician with an impeccable technique and an effortless approach.” “She exhibits a fine musical craftsmanship, shaping the overall work with ease and clarity”

South Coast Today “her technical skill was dazzling… her depth of feeling and delicacy of touch were mesmerizing.”

”a pianist both technically adept and emotionally clued in… no keyboard hurdle seemed too high for her to conquer with aplomb.”
The Strad

Herald Times  “As one would expect, she excelled.” [Feigin Concerto Premiere] 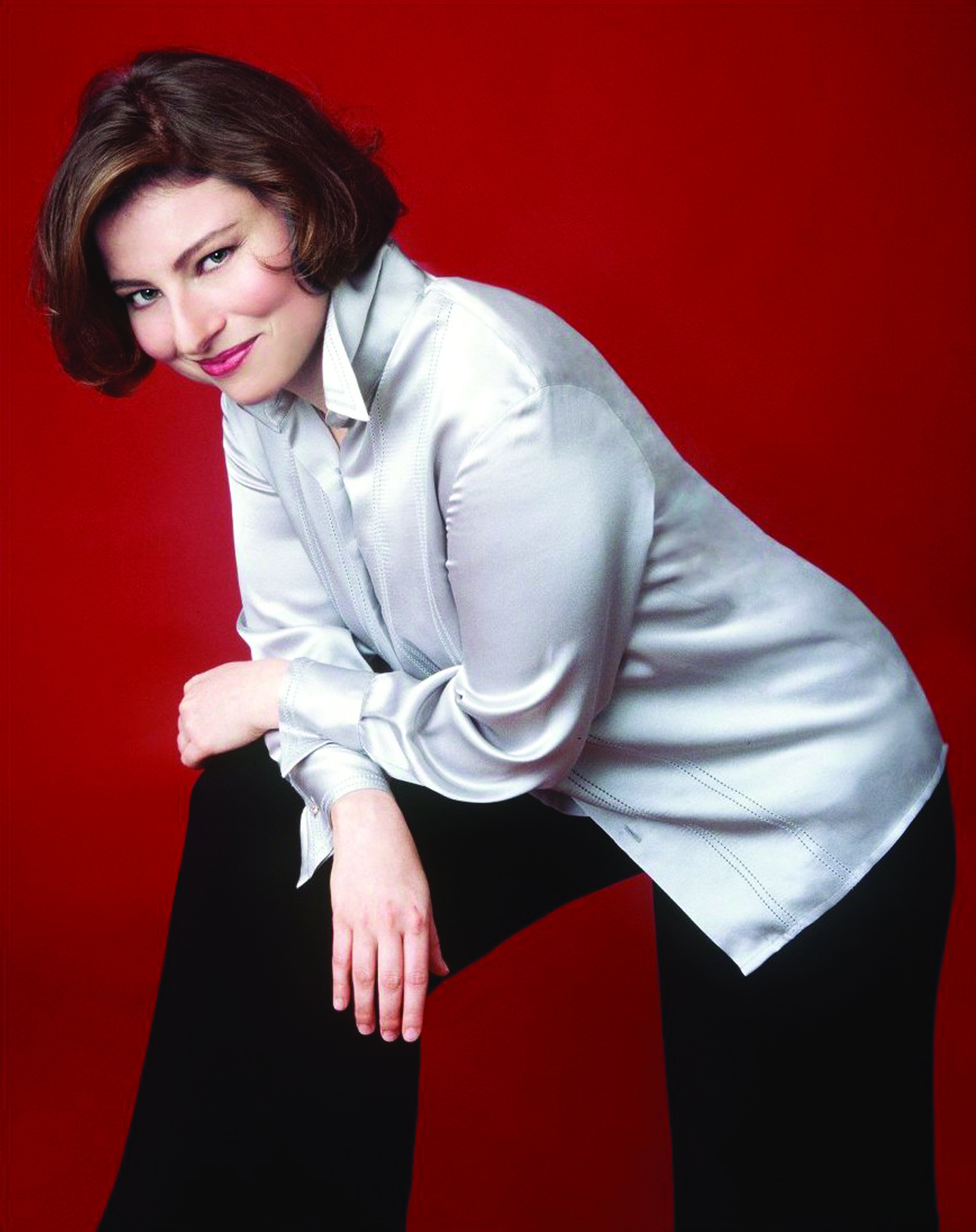 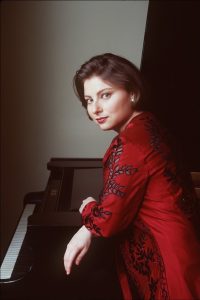